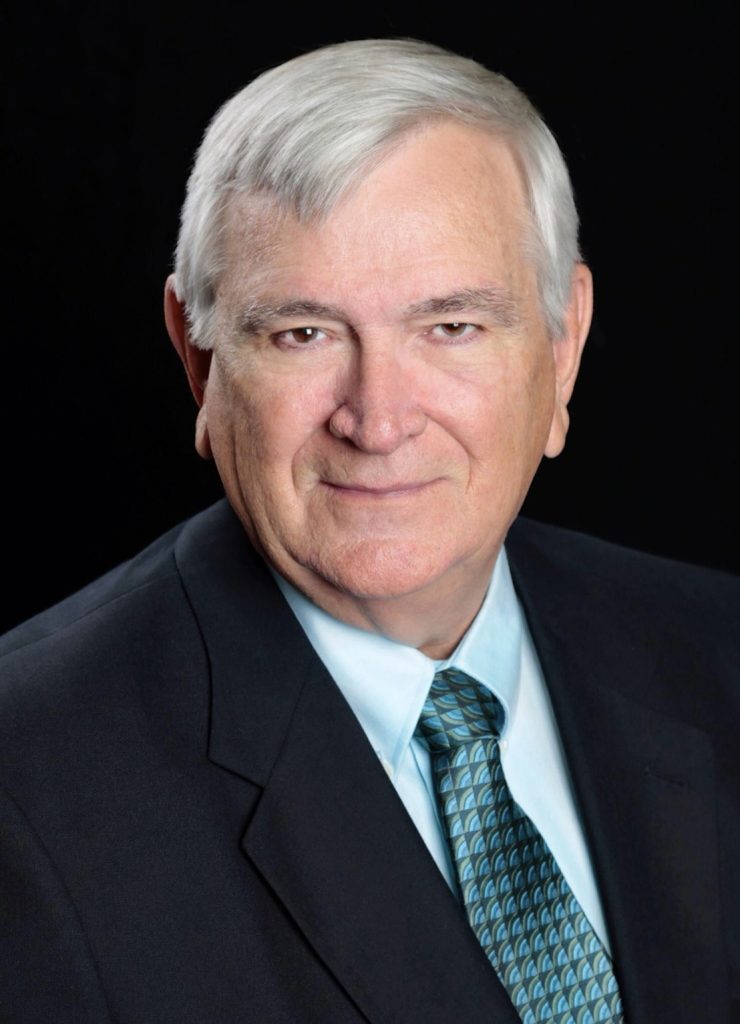 William Thomas Bayles, known to those who loved him as Daddy, Bill, Billy, or Poppie, passed away on Sunday, October 2, 2022, in Dallas, Texas at the age of 76.

Bill was born in Delhi, Louisiana to Buron and Sybil Bayles. He and older brother, Jerry, were raised in Lake Providence, Louisiana. He was a gifted athlete and attended Arkansas University in 1965, where he played football and basketball until sustaining a significant injury.  Bill then transferred to Louisiana College as a 1966 starting quarterback but could not continue playing due to the lasting effects of his injury.  He later transferred to Northeast Louisiana University to complete his Bachelor’s in Physical Education.  After graduation, he moved to Aransas Pass, Texas for a teaching and coaching position where he met and married the love of his life, Marsha Lynn Marksbary in 1971.

After marrying, Bill and Marsha moved to Ruston, Louisiana where Bill joined the Louisiana Tech football staff as a Graduate Assistant. His contributions helped catapult Louisiana Tech to the 1971 NCAA Division I College Championship. Bill and Marsha welcomed their first child, William Bryce in December 1971, and Bill completed his Master’s in Education at Louisiana Tech University.  After graduation, Bill and Marsha moved back to Corpus Christi, Texas where Bill worked at Flour Bluff High School as an Athletic Director and Football coach. Their second child, Brittney was born in October 1975. Bill and Marsha relocated to Lake Providence, Louisiana in 1976 to help care for Bill’s ailing father, Buron. It was during this time that Bill helped coach the 1979 Briarfield Academy football team to the AA State Championship.

Bill became certified as a stockbroker and built a thriving business in Monroe, Louisiana working in commodities and financial investment from1978 until his retirement in 2010.   Although Bill successfully transitioned into a financial career, he never gave up his life-long love and commitment to athletics and coaching.  He was ever-present for both Bryce and Brittney, coaching his children’s football, basketball, baseball, softball, and track & field teams throughout their athletic careers.  His love and gift for coaching didn’t stop with his own family. He unselfishly coached and mentored many others whether professionally or athletically throughout his distinguished life. Bill also served as a football and basketball referee and track & field official, culminating in officiating for the US Olympic Trials and the ParaOlympics.

The lead highlight of his officiating career, however, was working high school football games next to his son, Bryce in the late 90s.  They officiated as a pair and traveled together throughout Northeast Louisiana for over a year.

In 2008, Bill transitioned to remote work and he and Marsha moved to Port Aransas, Texas. He fulfilled his dream of returning to Port Aransas where he and Marsha first met. He loved the beach and spent hours watching ships pass through the ship channel from the balcony of his Port Aransas condo.  He loved fishing the Aransas Pass flats and shared this joy with his “fishing buddy” Brittney and later, with her two sons, Cohen and Barrett.

After retirement in 2010, Bill lived in both Austin and Dallas to be close to his adult children who were the center of his life. Bill was quick to make friends wherever he lived and always became involved in his local community. He also found new passions and interests in retirement including starting a new career in real estate, learning to play the violin, even participating in public jam sessions. The forever-lover of sports, Bill also became an enormous fan of UT baseball while in Austin.  Whatever his age, he never shied away from new experiences and made the most of retirement. He loved spending time with family and friends and especially cherished cheering and coaching his grandchildren as they started their own athletic careers.

Bill was a man of deep faith and a devoted Christian.  He served as a Deacon and volunteered for each of his church homes.  He was a beloved father, coach and mentor to each of his children and enjoyed participating in the moral and athletic development of his grandchildren, Cohen Thomas Barton, Belen Victoria Bayles, and William Barrett Barton. He was the anchor of his family and will be deeply missed.

Bill will be honored at a Celebration of Life and Memorial Ceremony in Dallas, Texas on October 22, 2022.

For information regarding the location and time of the memorial, please call 214-223-0366.

I called many football games with Bill and credit him with teaching me so much about the game and officiating. I can remember going over to his house on Sunday afternoons and studying for rules tests. He was an outstanding man and friend. I owe a lot to Bill. I am sorry to learn of his passing.

I am sorry for your loss. Bill taught me a lot as a young football official. I enjoyed working the LHSAA 4A State championship game with him in 1999. I pray for God to give you His peace and comfort in your mourning.

So sorry for your loss. Your dad was always kind to me and will also be remembered as a great Driver’s Education teacher. He had so much patience with me, when I was a scared 15 year old soon-to-be-driver. He placed our group in challenging situations with steady guidance: levee with deep ditches on both sides, narrow 2 way road across Lake D’Arbonne, and merging onto the interstate. I was rewarded with the privilege of listening to the radio while I drove. This was a big deal because he wore a helmet when my sister drove the previous summer, which gave me endless years of bragging rights.
He will missed, but never forgotten. My thoughts and prayers are with your family.

I grew up with Billy. We were born same week and were neighbors all through school and played sports together in Lake Providence, He was one of the boys and we are saddened by the news.