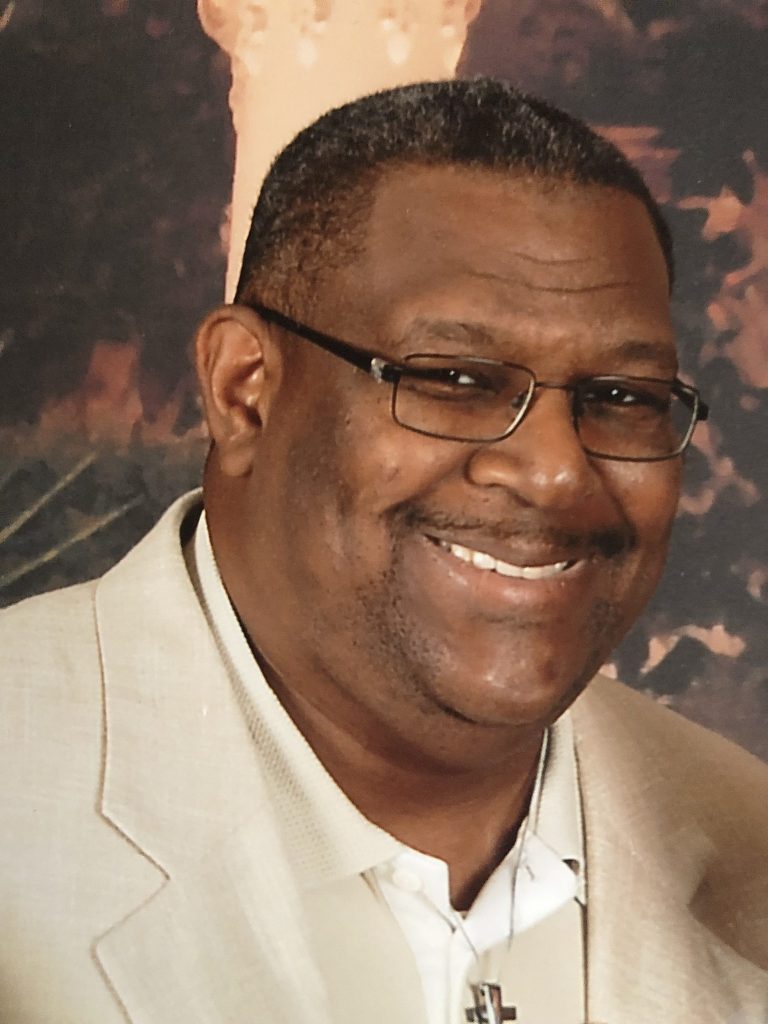 Warren Alan Sims began his life’s journey on February 22, 1959, to the late Colonel Emmett Welton Sims, Jr., and Johnnye Muriel Sims. He was one of five children. As part of his military family, he traveled to many countries during his youth. His favorite childhood memories of his travels were when his family lived in Thailand.

Warren lived a full life and loved spending time with his family and friends. He was loved by many and never met a stranger. He was an avid reader, art collector and lego enthusiast.

Warren’s education path included West Point US Military Academy, and Louisiana Tech University where he completed his Bachelor of Science degree in Computer Science and Engineering. He worked many years in the defense industry as an engineering manager and served as a mentor to many.

Warren was joined in holy matrimony on July 6, 2002 to a loving and supportive wife, Ervette Sims. They were blessed with a daughter, Dynasti Sims, on December 29, 2011.

Warren departed this life on January 10, 2022. He was preceded in death by his father, Colonel Emmett Welton Sims, Jr., and his mother Johnnye Muriel Sims.

I miss my brother and I’m happy that he is at peace.

Rest in power! Always the jokester.

The Walker family grieves alongside the Sims’ – our other family. May our beloved Warren rest in Paradise. Warren, we love you and will never forget you.

Thank you and Ervette for being there for my family as we transitioned during a tough time in my life. May you rest now❤

Warren touched many of us and was a positive light force. I feel fortunate to have shared treasured moments with he and his family. Warren will be sorely missed. Condolences to Ervette and Dynasti.

Warren was a husband, father, brother, uncle, mentor, friend and just an overall good person. He was loved and admired more than he knew. Warren was smart, insightful, funny, intelligent, always looking for a new friend, and yes he was tall. Despite Warren’s height, I never felt he was talking down to me, or anyone else. He would always inquire about my kids and grandkids. I will miss that. Diane and I will miss the times we spent together as couples. I will miss our lunches & happy hours with other friends like Lee and Stubby. I will miss his bad jokes and all the laughter… but most of all I will miss my friend, Warren (aka… Tree).

Wishing you comfort and peace to face the days ahead and loving memories to hold in your heart.

I was blessed to have met Warren and share a few stories and experiences over the years. He was an honorable man and loved his family. You will be missed my friend. Rest in power!

I knew his from when we met in 7th grade. We walked many paths together and as life would have it, found we had to divert our journey as time marched on. I know his heart was to serve and for this I will remain grateful to say I got a portion of his kindness along the way.

He is now walking his journey with God, face to face.

Remembering Warren as a fun, friendly, warm & caring man who loved his family and was devoted to Ervette and Dynasti. He will be missed by all who knew him.

The Arthur family from Mesa, AZ send love and blessings. We know that Warren is resting in the arms of Jesus and he will be your advocate, Ervette in heaven pleading your case. Thanks be to God

Remembering Warren as a warm, friendly, fun, kind and caring man who loved his family, and who was devoted to his wife and daughter. He will be missed by all who knew him.

Our condolences to the Sims family. You are in our prayers! Reg Bush & family

I give my sympathy and condolences to the family and to friends. Unfortunately, I understand your lost. It sadden me to hear of Warren’s passing. I knew him briefly in Washington, DC but he left a huge impression on me. You all are in my prayers.

Warren, a strong-willed supportive family man… you will be missed. Thank you for caring and advice. And for taking great care of our girl Ervette! Rest is peace Dear One.
Love, Auntie April

Warren, a strong-willed supportive family man… you will be missed. Thank you for caring and advice. And for taking great care of our girl Ervette! Rest in peace Dear One.
Love, Auntie April

The Beck family extends our sincerest condolences on the loss of our beloved cousin. Warren,. Warren, our gentle giant, was so kind and welcoming. He will be missed. Our hearts grieve with the Ervette and Dynasti. We love you both and will be praying for your peace and strength.

HE WAS A KIND PERSON, REST IN PEACE.

Edmond and Marsha Smith
10:41am

Our sympathy and condolences to Ervette and Dynasti!
We will be praying for you! God bless you!

Cuz so sorry for your loss. I am praying for you and the Sims family. What a beautiful person he was.

Gwendolyn Cobb and Family
10:41am

My sincere condolences to the Sims family. Warren has been a blessing to so many if us. Such a gentle giant, good hearted and willing to give the clothes off his back to help anyone!

My brother, Warren, will be dearly missed by my siblings and me. We cherished recent time spent with him and sharing many memories and laughs. Warren fought hard to the very end and we’re glad he’s now at peace with our Lord. His suffering has ended. His eternal joy had begun. Thanks be to God for His faithfulness and mercy.

Our thanks goes out to everyone who stood with us in prayer, reached out in love and friendship, and shared our pain. We are grateful for the role you played in Warren’s life. Warren enjoyed life and valued his family and friends. Thank you, also, to everyone who joined the funeral home’s zoom call despite the technical difficulties experienced. We hope to have a recorded version of link the service that can be shared.

My condolences to the family. I met Warren at work many moons ago. You couldn’t help but notice him he was quite a presence. When I was actively dating trying to find “the one” he was the greatest big ‘brother’ giving me his opinion and advice on who to kick to the curb lol. I will never forget a double date with Warren and his wife and he told me promptly after that the guy was not a keeper and he was so right. The next guy I dated became my husband and Warren was so excited for me and even more excited as we had children. He was always checking in and seeing how my family was doing. Warren was alway so positive, funny and supportive and a good friend. He will be missed.

He called me before New Years to tell me about his condition. He said don’t cry for me, because we will see each other again, in glory. I never knew it would be so soon. t was mot brother in Christ and blessed friend from college and my sisters and family loved him as uncle Tree. Rest in Heaven my brother. When you see my Dad let him know that we weep because we miss you and are overjoyed that you are in the presence of God.