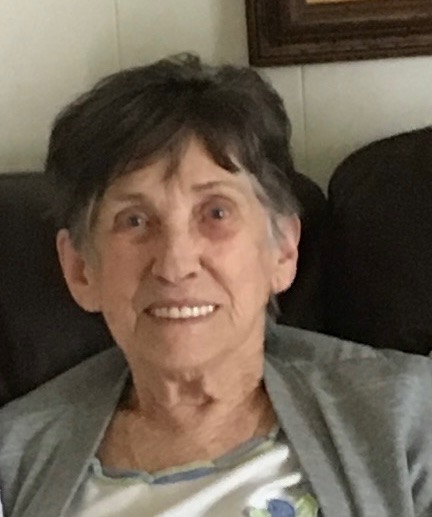 Vada was born at home on May 10, 1938, in Amarillo, TX to Julia and Earl Briscoe. She grew up in the Texas panhandle in the town of Memphis. She was lucky to be surrounded by a big family in Memphis including her grandparents and lots of aunts, uncles and cousins.

Vada met Roe Hughes a resident of Childress, TX and they married in September of 1953. On their wedding night, Roe pushed Vada around the town square of Memphis in a wheel barrel as tradition called for back then. That began their life of adventure together. They were married for 63 years before Roe passed away in December 2015.

Vada was always up for a new travel adventure with Roe and family. Whether it was camping in the Rocky Mountains or visiting Russia during the Cold War or an African photo safari they enjoyed their love of travel here and abroad. There were also many moves for Vada as Roe moved up the corporate ladder. They resided in Texas, Indiana, Illinois, California and Athens, Greece.

She was the best Mom, Yaya, aunt, and friend anyone could ask for. Vada will be missed by all who knew and loved her. A celebration of her life will be in the springtime of 2023. We will see you again, Mom!

No Thoughts on Vada Earlene Hughes