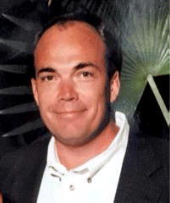 He went on to graduate from the University of Arizona and later received an MBA from the University of Dallas. He is survived by his wife of 40 years Joanie, son Hugh and wife Sarah Depetris, and daughter Annie. He is also survived by sister Nancy and husband Greg, brother Boyce and wife Carol, and brother Bill and wife Patricia as well as countless nieces, nephews, and in-laws. He was preceded in death by his in-laws Edward and Betty Stewart and his parents Boyce and Patricia Thompson.

Hugh worked as a salesman with AT&T and was awarded ‘Salesman of the Year’ several times during his career. His job allowed him the opportunity to travel the world with Joanie. Some highlights include a trip to Hawaii and several trips to Europe. Hugh’s favorite destination was the French Riviera, but really, he liked travelling anywhere Joanie could relax and he could pretend to know the language. After illness made working as a travelling salesman impossible, Hugh was a devoted and proud bookkeeper at his wife’s catering company.

Big Hugh loved sports and will be remembered by a plethora of Dallas millennials as “coach”. He coached his son’s baseball, basketball, and hockey teams, as well as his daughter’s basketball team. He often rounded up the neighborhood for games of roller hockey that lasted late into weekend nights, and he was completely obsessed with the St. Louis Cardinals. You could also catch Big Hugh playing a round of golf with a group of friends or with Hughie most weekends.

In 2001 Hugh was diagnosed with stage 4 Non-Hodgkin’s Lymphoma. After treatment failed, he received a stem cell transplant in 2004 under the care of Dr. Brian Berryman of Baylor. His brother Boyce was a perfect match, and the transplant gave him 16 extra years of life which he lived fully and happily. Despite countless medical issues along the way, Dr. Berryman became more than just a physician and was a dear friend to Hugh…even with Hugh’s tendency to be very late for appointments and his use of questionable nicknames.

Above all, Big Hugh loved his family. He loved driving “home” to St. Louis with Joanie to hang out with their high school friends and his beloved in-laws. Big Hugh and Hughie spent many nights cheering on the Dallas Mavericks together and sometimes butting heads if the Rangers were playing the Cardinals. He shared his love of movies with Annie, and they spent most nights in front of the TV watching horror films no one else ever wanted to watch. He retained random trivia like an industrial sized sponge and was everyone’s hypothetical ‘Who Wants to Be A Millionaire’ phone-a-friend. His far-reaching taste in music is evidenced by the countless records he collected through his life. He ensured all of his kids’ friends knew every word to ‘Psycho Killer’ by the Talking Heads, and carpool usually consisted of at least one Frank Zappa hit.  Big Hugh was exceptionally funny, generous, and always down to throw back some tequila shots with his neighborhood friends who became his chosen family over time.

Though we had more time with him than anyone expected, we already miss him so much.

What a blessing Hugh was to you, your family and business. You have been blessed beyond measure. His stories and your memories will live long in your hearts and minds. He is now with our Father God, healthy…. God’s complete and perfect Will for Hugh has been fulfilled; he is now in paradise.
Happy Anniversary dear one….you are more loved than you could possibly know friend~

Hugh was truly a larger than life character. So many stories! He lightened the mood of every room he entered and will be greatly missed.

Blessings and peace to Joanie and the family.

I remember Hugh taking us (Nancy and her friends) to concerts as a “responsible chaperone”. We thought he was the coolest with his sense of humor and patience with a car full of annoying teens. Even as I grew up and got a smidge older, I still enjoyed his wit and humor. Love to Joanie, Hugh, Annie, and the Thompson siblings.