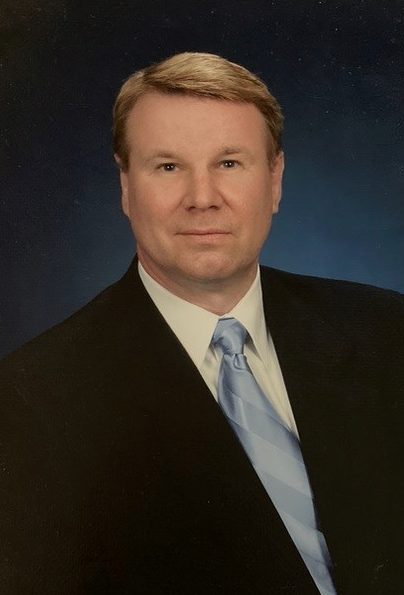 Thomas E “Tom” Martin, passed away unexpectedly on Sunday, August 14,2022 at his home in Richardson, TX. He was 66. A Celebration of Life Service will be held in Tom’s memory on Saturday, September 10, at noon in the main sanctuary of Cathedral of Hope United Church of Christ, Dallas TX, where Tom and his husband, Rev. Dr. Gary G. Kindley, were members.

After college, Tom worked for Douglas Walker & Co. CPAs in Fort Smith before moving to Dallas to work for CLR/FAST-TAX in Carrollton TX for 16 years. He worked at ProAmerica in Richardson with several of his relatives before moving to San Antonio in 1998 where he worked at Business Partner Solutions (later Savoir Technology). He moved back to Dallas and volunteered at his church, Cathedral of Hope, where he was then hired full-time in the accounting department and was later promoted to Senior Accountant. Tom saw 5 senior pastors during his tenure.

In November of 2014, Tom suffered a major stroke which led to months of hospitalization and rehabilitation therapy. It impaired his ability to smile, use his left hand or arm and initially affected his ability to walk. When he officially retired in January of 2016, Rev. Dr. Neil Thomas, Senior Pastor, presented him the Star of Service award at a Congregational Town Hall Meeting.

During his years at of Cathedral of Hope, Tom was also a member of the Legacy Group, Cathedral Couples, and the Bell Wall Society. He participated in various social and service projects supporting iCare, the Blessing Bag ministry, Adopt-A-Family and Cathedral Youth Ministry. One of his last and best smiling photos was taken at the Pride Prom 2014 where he and Gary were adult sponsors.

Tom enjoyed painting, playing bridge, and especially traveling and exploring new restaurants with Gary. One week before his death, he was delighted to hold their first grandchild, Daphne Kindley, a daughter born to Gary’s oldest son David and David’s wife, Daniela.

A Celebration of Life Service will be held in Tom’s memory on Saturday, September 10, at Noon in the main sanctuary of Cathedral of Hope United Church of Christ, Dallas TX.

In lieu of flowers, memorials may be given to Cathedral of Hope United Church of Christ and designated for the “Martin-Kindley Endowment Fund.” The fund will work to alleviate food and housing insecurity, address suicide and addiction, and assist LGBTQ+ youth and adults who often disproportionately experience such hardship. The mailing and physical address of the church is 5910 Cedar Springs Road, Dallas TX 75235.

Following the memorial service, Tom’s cremains will be interred in the church columbarium in a private ceremony. All present are invited to enjoy a lunchtime reception in Fellowship Hall adjacent to the sanctuary.

I pray for comfort and peace as those who knew and loved Tom remember happy times spent with him. Blessing to my sweet brother as he mourns the loss of his soul mate.

Thank you my sweet sister!

Holding all those who love Tom in prayer and warmth.

Gary my friend…my heart goes out to you and your family. May you all find comfort as you remember the wonderful times and love you all had with and for Tom.

Thank you Dr. Jes. So grateful.

Thanks Dave. It was very good to visit with you by phone. My love to you both.