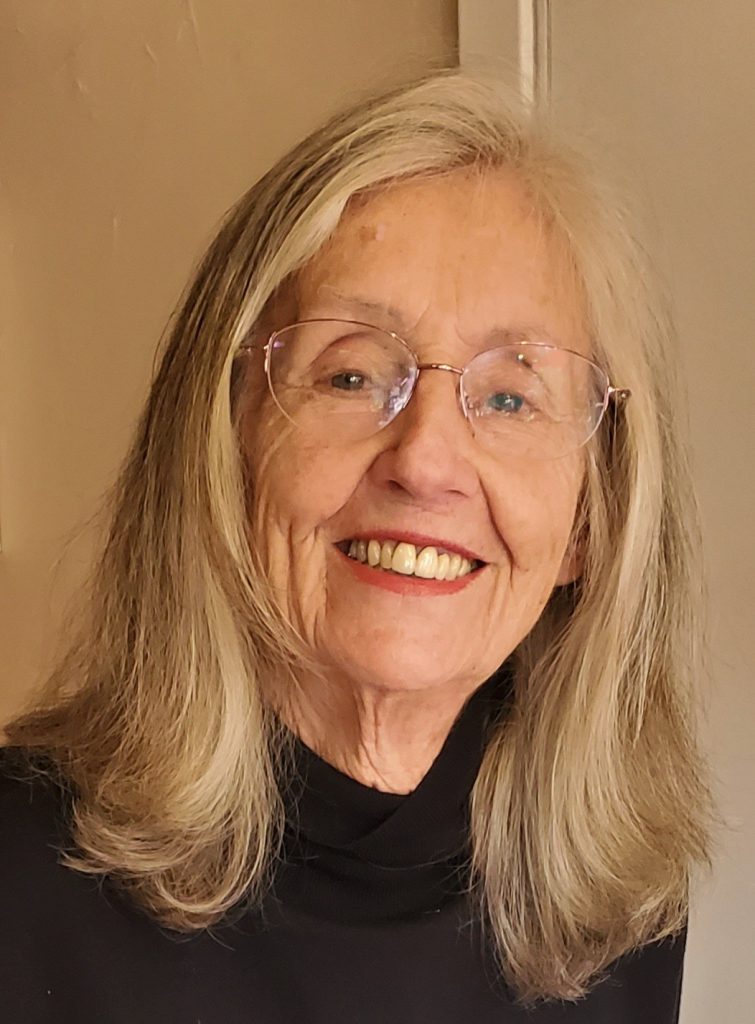 Stella Vincent Smith of Coppell, Texas was called home into the loving arms of her Heavenly
Father on Wednesday, November 17, 2021 with her family by her side. Stella lost her
courageous battle with Alzheimer’s disease and stroke at the age of 84.
Stella was born in Oden, Arkansas on January 29, 1937, the second child of Louis “Pete” and
Allogene “Jean” Vincent. Stella, along with older sister Leona Hancock and younger brother
Everett Vincent were raised in the very small town of Mtn. Pine, Arkansas just outside of Hot
Springs. Upon graduating from Mtn. Pine High School in 1955 Stella left home to go to
Washington, DC, where she took a job with the U.S. government. Stella soon met a young
sailor by the name of Paul Jackson Smith Jr. who would change the course of her life. Stella
married her sailor in Wheaton, Maryland on January 21, 1956, one week shy of her 19th
birthday.
Paul and Stella lived in various states across the U.S. before putting down roots in Coppell,
Texas in December 1992 where Stella took a job with Nissan Motor Acceptance Corporation.
Along Paul and Stella’s life journey they added daughter Paula Davis and later twin daughters
Shannan Smith and Shawn Hart.
Stella will always be remembered for her open and friendly nature. The phrase “never met a
stranger” described Stella to a T. Stella welcomed any and everyone into her life and home and
made you feel like a member of the family. It was Stella’s strong faith in God and in his Son, our
Lord and Savior Jesus Christ, that shone from her spirit and dictated who she was and how she
lived her life.
Stella was preceded in death by husband Paul J. Smith Jr., oldest daughter Paula Davis,
parents Pete and Jean Vincent, as well as older sister Leona Hancock. Stella is survived by
daughter Shannan Smith and son-in-law Monty Morris, daughter Shawn Hart, brother and
sister-in-law Everett and Donna Vincent, and a host of extended family and friends including the
following: Grandchildren Sarah Stocker, Jeremy Davis, Kelsey Hart and Amber Hart, Kelly M
Smith Jr., T. Jackson Smith and Abigail Smith. Great grandchildren include Collin Harris and
Ellie Slocombe.
Stella’s ashes will be interred alongside her husband Paul’s ashes at the Dallas Fort Worth
National Cemetery in a private ceremony. Due to ongoing concerns regarding Covid 19, a
Celebration of Life service for Stella is still in the planning stage and will be scheduled soon.

In lieu of flowers, donations may be made in Stella’s name to the following organizations:
Alzheimer’s Association: https://www.alz.org/
Society for the Prevention of Cruelty to Animals: https://spca.org/
Operation Kindness of North Texas: https://www.operationkindness.org/

No Thoughts on Smith, Stella Vincent