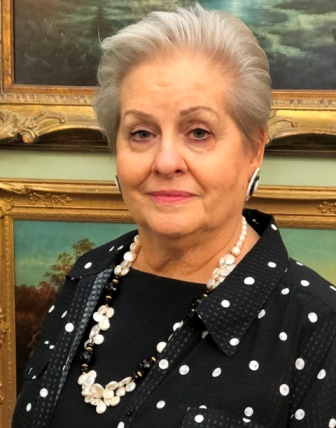 It is with great sadness that I announce the death of my lovely wife, Rhonda Carney Tollstrup.

She passed away peacefully on May 7th, 2022 in Carrollton, Texas. She was born in Pensacola, Florida on September 20, 1946. Rhonda married the love of her life, Lt. Col. (Ret) Deon J. Tollstrup on December 2, 1967 in the beautiful chapel at Randolph Air Force Base, Texas. She was a graduate of Randolph High School and was working as a secretary while attending college in San Antonio when she met and married Deon. Many years later, in 1994, Rhonda graduated from UT Dallas with a Bachelor of Science Degree in Accounting. She had also received an Associate Degree in Computer Science while with her husband at Vandenberg AFB, California.

Rhonda was especially friendly and had a special ability to make lasting friends in befriend people wherever she was. When with her husband in Izmir, Turkey, she was in the NATO Wives Club and greeted newcomers and gave them an orientation tour of Izmir. She also welcomed their fellow church members and assisted in holding Sunday worship services in their penthouse apartment.

She became an accredited member of the International Association of Appraisers in Dallas in order to assist others by appraising personal properties and conducting estate sales in the Dallas area. Rhonda and her husband had been in the antique business since retiring from the Air Force in 1982, and had been dealers in several antique malls in the Dallas area. While at their latest location, High Street Antique Mall in Plano, Texas, Rhonda became close friends with the other dealers, members of the staff, and many of her special customers. She will be greatly missed for her spirit and sense of humor by her husband, family, friends, and her beloved little Yorkshire Terriers.

“A graveside service will be held for Rhonda at the Dallas National Cemetery on Wednesday, May 25th at 1:15 pm.”

No Thoughts on Rhonda Carney Tollstrup