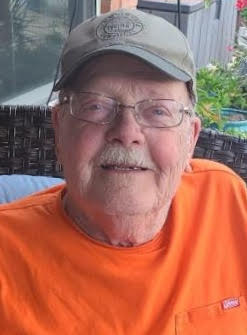 Ray Lewis Herndon, age 83 of Carrollton, Texas, was born on February 28, 1939, in Dallas, Texas and sadly passed at his home from this life into the Kingdom of Heaven on Sunday, November 6, 2022, after a long and courageous battle with Alzheimer’s Disease and a series of recent strokes.

Ray served in the United States Army from May 1959 to May 1962 during the Congo crisis and the Berlin Wall Crisis while the United States was airlifting people from Berlin, Germany. He trained as a Medical Specialist in Company E, 3d Battalion, USAMTC, and later assigned to the 24th Infantry Division, 11th Army Field Hospital in Augsburg, Germany. Ray worked as an accountant for the American Red Cross Association in Dallas, Texas and retired in approximately 2008.

While Ray may have left us behind to go to his Father’s house, his soul will continue living on through his family and friends. Ray was arguably the most caring, kind, respectful, and loving person you would have ever had the pleasure to know. He was a man who, throughout his lifetime, devoted himself to his faith, his family, and the people he encountered.

Flowers are certainly welcome but in lieu of flowers, donations would be greatly appreciated to the Alzheimer’s Association at https://act.alz.org/donate.

One Thought on Ray Lewis Herndon

Uncle Ray was a kind and gentle soul. He will be for ever be in my heart!! My heart is heavy but I know you are well and walking on streets of gold.
Uncle Ray thank you for taking such good care of Aunt Margaret Jo and loving her as you did.You love, kindness, and friendship, to our family will never be forgotten! We will miss you greatly!!
We will see you again, soon!
Theresa