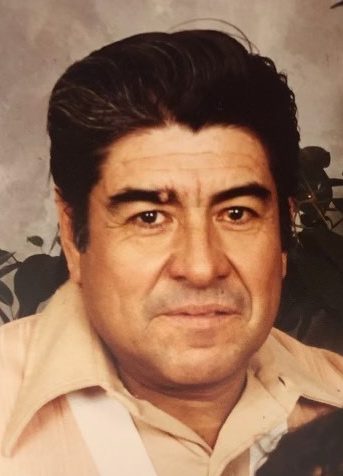 Patricio Antonio “Tony” Carrillo transitioned on September 29th, 2022, at the age of 88-years-old. A beloved husband, father, grandfather and great-grandfather was born on March 17th, 1934, in Laredo, Texas to Pascual Carrillo (23) and Blasa Garcia (19). Growing up in a town named Dilley, Texas, he was the oldest of 9 siblings.

A strong hearted-man, being a pioneer for his family was his birthright, long before he created a family of his own.

Living in a small town in the 1930s, with an estimated population of 1000, had limited opportunities for him. So at a young age, he began working manual labor jobs like cherry picking in Michigan to help his family earn money.

At one point, while participating in a highschool club, he joined a pig contest to help  his family’s earnings. While his mother set aside money for pig feed, Patricio cared, groomed and raised his pig so well, he won a blue ribbon for first place and got his pig auctioned for two hundred dollars. Today, that same prize amount is estimated to be around 3 thousand dollars.

In 1953, at the age of 19, Patricio joined the U.S. Army as a cannoneer to B Battery 287 Field Artillery Battalion, as well as a Supply Specialist. For three years he was stationed in Dachau, Germany on active duty. He was honorably discharged from the service in 1961.

After returning to the states, he went back to his hometown, only then finding out he needed to travel to San Antonio to stay with extended family. This is where he met Sara Reyes, who at the time, was a nanny for one of his aunts.

Sara and Particio, got married in February of 1958 and had their first daughter, by the end of the year. Over the next 17 years, Patricio learned to become a tradesman from his father, and together, Sara and him had a total of 10 children by 1975.

In 1970, Patricio started and created his own business, Tony Carrillo Painting. Soon after the majority of their children were born in Pearsall and Dilley, Texas, Sara and Patricio moved their family to Dallas, Texas for more opportunities. They stayed with family members for a year before settling in Farmers Branch, Texas.

When Patricio was in Germany, unbeknownst to him, he fathered a son. He and his family did not become aware of the news until the mid-1990s. Since his and his son’s reunion, the relationship between the Boxhammers and the Carrillos holds strong.

Once in Dallas, Patricio was able to excel as a tradesman painter. By 1975, he expanded his business to the Dallas-Fort Worth metroplex. He began starting and co-owning other painting construction businesses, as well as teaching and supporting numerous friends and family members to live comfortably as a tradesman, as they migrated to Dallas, Texas.

Throughout his years as a dedicated businessman, he was also a spontaneous father, often taking his children on road trips to San Antonio for sport games and coming back with more children than he could count. He made sure everyone got home even if it were his children’s friends. He would take his children to nearby lakes to fish or swim, or watch sports games in the DFW area, or take them camping.

Patricio’s strong passion for sports grew as he grew. When he was younger, in high school he played tennis until it became too expensive to play. He played football and baseball, and soon after he was quickly given the name, “The Heavy Hitter,” by his teammates.

So, when his children got older, being a sports enthusiast took him down a different path.  As his children became more knowledgeable in football and baseball, he began coaching for a little league baseball team named, The Bulldogs, for approximately ten years. Meanwhile, also having two of his sons play alongside him.

In the later years of his life, Patricio retired from his career after being self-employed for 63 years. He had an honorable reputation that blessed him with steady streams of contracts and projects throughout the evolution of  DFW’s economy. He also was an avid reader for the local and county newspapers, and enjoyed finishing crossword puzzles.

Patricio was preceded by the death of his parents, Pascuall and Blasa Carrillo, and his brothers Oscar and Pascual H. Carrillo.

A visitation for family, friends and the public will be held on Wednesday, October 5th, 2022, from 1-2pm, Vigil prayers by Father Franck of the Mary Immaculate Catholic church at 2:00pm. Services will take place at the North Dallas Funeral home on 2710 Valley View Lane, Dallas, Texas.

The interment service will follow on Thursday, October 6th, @ 10:30 A.M., at the DFW National Cemetery on 2000 Mountain Creek PKWY, Dallas, Texas. The service will last 15 minutes. If you plan to attend please be in lane by 10:15 am at the Cemetery. 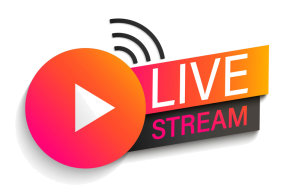 Sorry for your loss.

My condolences to the Carrillo Family on the loss of Patricio. Prayers and Blessings to all during this sad time. Love Cousin Linda, James Jr, Amanda and James III Cavazos

What a lovely, full life! Thank you for sharing.
Hugs and peace to all the Carrillo family.
Miguel & Tina Lee.

Sending my heartfelt condolences to the entire Carrillo Family during this difficult time. To Hilda, and your sweet mama, thinking of you my friend. Sending love, peace and prayers to your family. <3

So sorry for your loss. Praying that God will grant you comfort and peace during this time. What a well lived life!

My deepest sympathies to Cousin Patricio’s family. May the Lord Jesus provide the strength and comfort the family will need in the coming days! My thoughts and prayers are with you all!
Mayline Eng Hogan

Rest in the arms of our Lord, Patricio. You left a great legacy for your children and grandchildren. I’m so happy you came to Mom’s house and met Sari! Dios te tenga en paz.

My deepest condolences to the Carrillo family on the loss of your love one. May you all find comfort in our lord! Sending my love to all my cousins, Sandra Louis (aka Yaya)