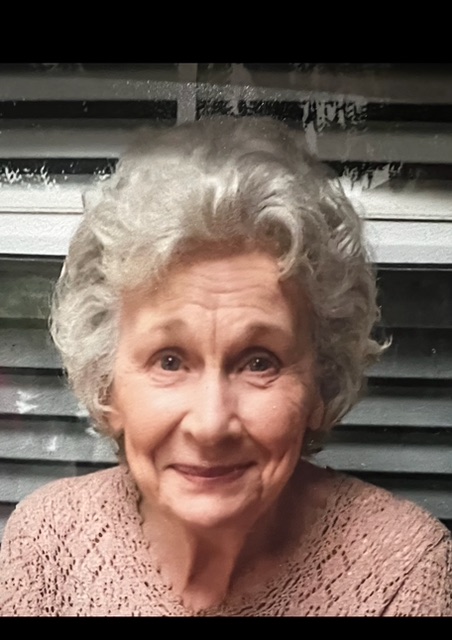 Myrtle Jolene Moore Levermann entered peaceful rest November 02, 2022, after a brief illness in Dallas, TX, she was 88. Jolene was born in Stockdale Texas to Ileta B. Moore and John L. Moore. Jolene had 4 siblings, J.L. Moore Jr., William “Bill”, Nancy, and Claude. After spending a few years in Stockdale, John & Ileta moved the family to McAllen Texas where Jolene attended elementary, middle school and graduated from McAllen Senior High in 1952. Jolene met and dated Charles “Charley” Levermann while attending McAllen High. Jolene was beautiful inside and out; she was named Miss McAllen Beauty Queen in 1952. Charley was the Star quarterback for the McAllen High Bulldogs football team, what a handsome couple they made. They were married and lived in McAllen for a few years where they had 2 children Melinda 1957 and Charles II 1961. Opportunity called and Jolene and Charley moved the family to Maracaibo Venezuela for 2 years. Upon returning to the States, the family briefly moved to Beaumont TX, then Midland TX and finally home for 25 years to Lafayette, LA. Lafayette was good to the Levermann’s and Jolene, she was an avid tennis player, playing singles and doubles. She loved playing at Red’s, Oakbourne, Country Club, and LARC. She enjoyed playing in tournaments, and just for fun, she was an A tennis player. Mom and Dad attended many matches at Wimbledon in the golden age of tennis, watching McEnroe and Borg thrilling the crowd at Centre Court.

Mom’s love of cooking led her to travel to France to attend and graduate from the following world-renowned cooking schools: The La Varenne Ecole Cuisine and Le Cordon Bleu, both in Paris. The Chateau Country Cooking School in Chinon, France as well as The Greenbrier Cooking School in West Virginia. She was an excellent cook & Saucier. You can imagine what a great cook she was, after returning from France she would cook gourmet meals and test recipes that she had picked up along the way. What a fabulous cook she was, and the sauces were to die for. Her deserts were famous among her friends and family. Besides the tennis, traveling and cooking when it came to being a mom, she was quiet and gentle. Although the life of the party, mom loved to laugh, and she loved music. Mom always had the radio on wherever she was, she loved classic rock, especially the Eagles. Even into her late 70’s she could be heard jamming to Led Zeppelin or Metallica. She was a Rock & Roller, when you borrowed her car, you knew the volume would be loud as heck when you turned the car on. However, one song in particular Mom disliked immensely “Jolene” by Dolly Parton, she would ask adamantly to turn that &*%^ song off!! We got a kick out of playing it for her over the years, with her feigned anger, those memories still bring a smile to our faces today.

Mom adored her Grandkids Camille and Rick; she and Charley would drive from Lafayette to New Orleans every weekend for years to see the grandkids. Many years later she had more Grandkids to love on, Braxton and Mia. The Grandkids have so many wonderful memories of Grandma Jolene, or Grandma “Go-Jene”, they will never forget her. Many memories were made in Tomball, TX. where Mom retired to after Charley passed way. She lived the remaining years in Tomball until she moved to Coppell TX to live with Melinda in 2022. As her body began to give out and the simple things like walking became hard, she began to slow down physically. Mentally she was sharp as a tac. Until she had a stroke on September 7, 2022.

Mom earned her wings to Heaven starting in 1992. She moved to Tomball, TX to take care of her ailing mother, Ileta “for 6 months”. Those 6 months turned into 10 years of working full time and after work coming home to distill purified water and puree organic zero salt food for her mom. The food and water had to be cooked precisely a certain way due to Ileta’s special dietary needs. 7 days a week, she did this tirelessly for 10 years until her mom passed away. She never complained or said one negative word, she led by example. She would say, it was the hand she was delt and you play the hand that you have been delt in life. I can’t think of one person whom mom ever had cross words with, that is amazing living 88 years. She will be sorely missed, her beauty, her smile, her laugh, her gentleness, her compassion. Mom, we will miss you, but we will see you again on the other side. Your duty is done here, be at peace, your family will miss and always love and think of you daily. Peace be with you.

She is survived by, her brother Claude Moore of Spring, TX. Her daughter Melinda Jones and her husband R.M. “Jack” Jones III of Coppell, TX. Her son Charles “Chuck” Levermann and his wife Lisa Williams Levermann of Shreveport, LA.

Her Grandchildren Camile Moore and her husband Terrance, and their son T.J. of Frisco, TX. R.M. “Rick” Jones IV and his wife Kristin of Prosper, TX.

As per her wishes, no funeral services will be held, a small family gathering and memorial will
be held with family at Thanksgiving in Dallas, TX. If you feel so inclined, please make a donation
to the charity of your choice in Jolene’s name. Peace.