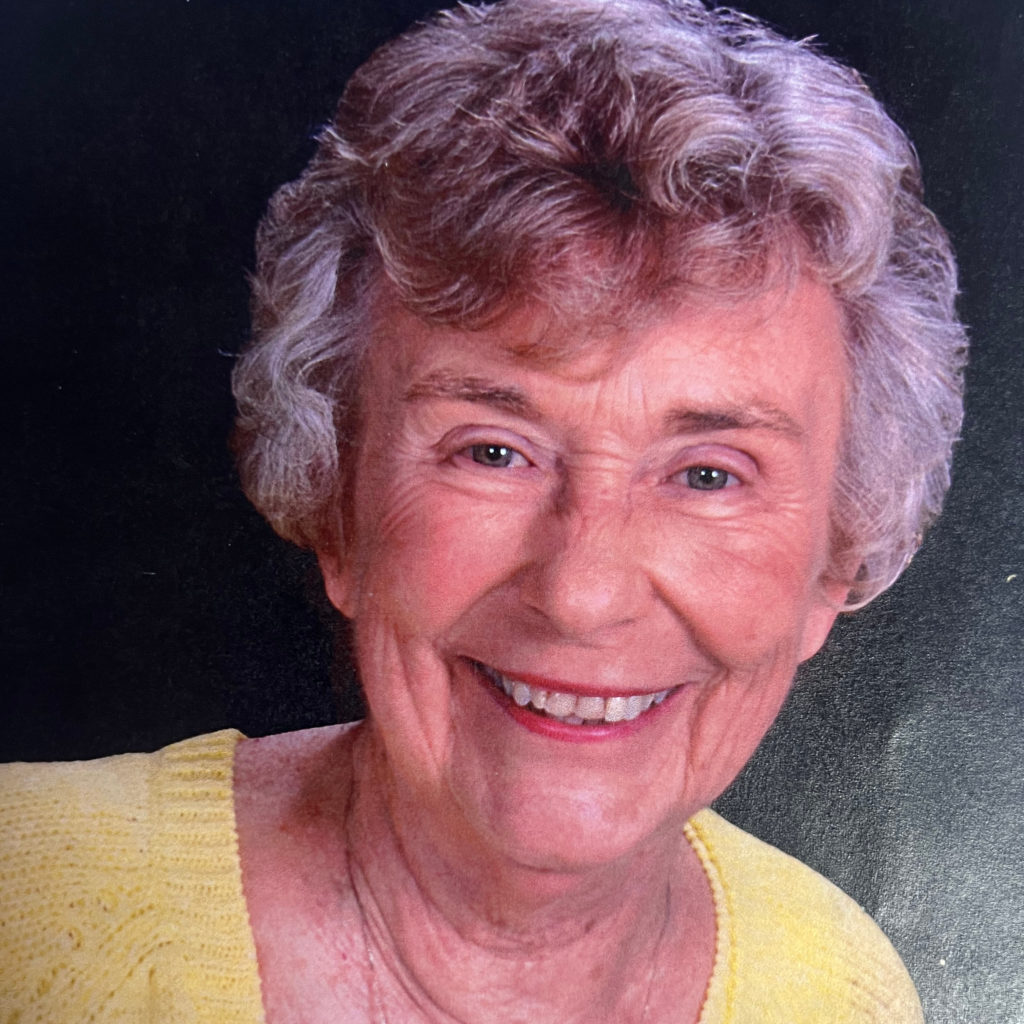 Marjorie Lynn Gossell, 90, passed peacefully at her home on December 5, 2022. She was born 1932 in Chicago and raised in small town Libertyville, Illinois. She received a Bachelor of Science in Education from Washington University in St. Louis, Missouri.

She married her childhood friend, Bill Gossell in 1956, who was then a 2nd Lieutenant in the U.S. Marine Corps. He retired as 2-star Major General. They lived in California and Illinois before settling in Farmers Branch, Texas in 1964 at Brookhaven Country Club where they raised their two sons (Robert and Steve). Working full time, she continued to advance her education at night and pursued a master’s in education at North Texas State University.

She excelled at her desire to be a special education teacher and helped many children from Illinois, California, and Texas for 25 years. She traveled extensively in the country and throughout the world with her husband. Her strong faith is evident as an active member at Holy Cross Lutheran in Dallas for 57 years and
loved her church family.

The internment will be held at D-FW National Cemetery (cem.va.gov) on Wednesday, December 14th at 11:15 a.m.

In lieu of flowers, the family requests to please consider contribution be made in her name and memory to Holy Cross Lutheran Church, Dallas TX (hcdallas.org).

Dan and I have had the honor of knowing General Gossell and Marge for over 30 years and are in awe of the legacy they leave. What an amazing model of love, devotion and dedication they have created to encourage us. They were always generous and willing to roll up their sleeves and show us how to serve. They have both earned their wings and will be missed tremendously but their legacy will go on. Their passion for community was contagious.

Dan and I have had the honor of knowing General Gossell and Marge for over 30 years and are in awe of the legacy they leave. What an amazing model of love, devotion and dedication they have created to encourage us.
They were always generous and willing to roll up their sleeves and show us how to serve. They have both earned their wings and will be missed tremendously but their legacy will go on. Their passion for community was contagious.