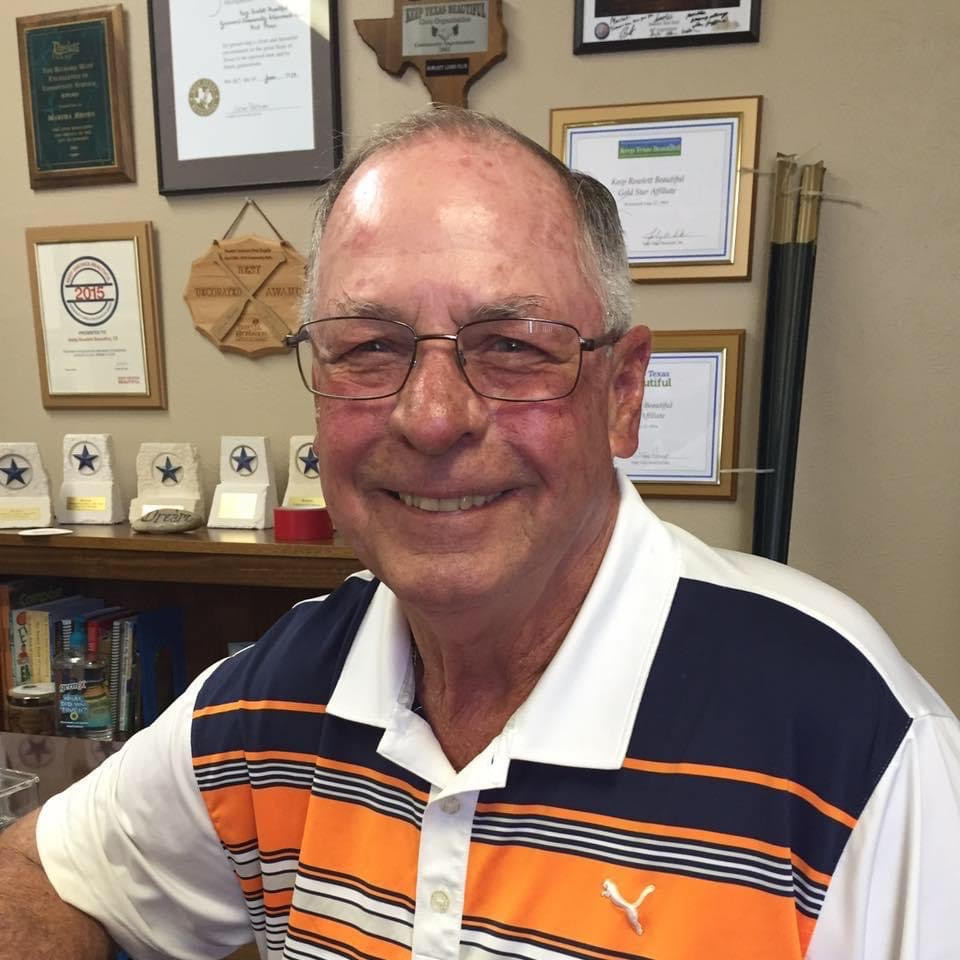 On Saturday, December 24, 2022, Lonnie Edward Cornwell, loving husband of 34 years and father of two sons, passed away at the age of 76.

Lonnie was passionate about horticulture. He was able to combine his livelihood in the horticulture industry and his knowledge of plants and trees with his passion for helping to beautify the community in which he lived. He served on the Keep Rowlett Beautiful board of directors for 10 years, 8 of those years as president. In 2014, under his leadership, the organization won the Governor's Community Achievement Award. This led to more funds being awarded to the city of Rowlett for the Green Ribbon Project Award, allowing for the beautification of Lakeview Parkway in 2016.

Lonnie also served on the Rowlett Parks and Recreation Advisory Board for 14 years. During the time that he served on the board they were able to complete several projects that helped provide valuable recreation areas, especially for kids and families. Included was getting national accreditation for 1 of 150 parks nationwide to build the Kids Kingdom Park. He also helped to organize 350 volunteers to build the Kenwood Heights Park. Working with the city council, the board was also successful in designating a 4.1-acre park in Rowlett for the Dan Roberts Environmental Learning Center. He encouraged the city of Rowlett to complete the Tree Canopy Study and helped in developing a new city landscape ordinance. Lonnie helped organize volunteers and worked in partnership with the Texas Tree Foundation and RETREET to plant 260 trees in Rowlett’s tornado-stricken neighborhoods.

Lonnie loved his family. He especially loved large family gatherings where there was always lots of laughter, shared memories, and good food – a big steak and loaded baked potato. Lonnie enjoyed playing golf and watching golf and soccer on TV. He was a fan of English Premiere League soccer and the PGA Tour. He also loved being behind the camera and had a great appreciation for photography.

Lonnie was preceded in death by his father, Bob, and his mother, Jean and brother, Bobby. He is survived by his wife Debbie, his two children, JT Cornwell (wife, Jaci) of Frisco and Kyle Cornwell (girlfriend, Katie Graves) of Rowlett, granddaughter, Charlee Cornwell, brother, Tim Cornwell (Kathy), sisters Jackie Cornwell Hobson (Jack) and Lisa Kilbreth (Jeff), and many nieces and nephews.

A funeral service will be held at 2:00 pm on Friday, 13th of January at Lakepoint Church.

No Thoughts on Lonnie Edward Cornwell