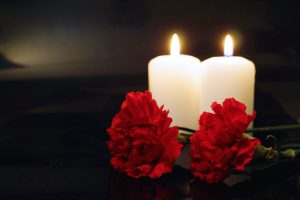 Kenneth Leroy McKee was born on October 8, 1980 in Panorama City, California. He lived with his parents, David and Carol McKee (now Carol White), in Santa Barbara until he was seven years old. There he enjoyed playing frisbee and going to the beach.

He moved to the Dallas, Texas area in 1988. He enjoyed camping, rafting, and flying while growing up. He soloed an ultralight aircraft at the age of fourteen, soloed a Cessna 152 at sixteen, and earned his private pilot certificate at seventeen.

Ken returned to the Dallas area in 2004 and worked in the IT industry.

Ken’s last years were difficult for him as he struggled with several mental illnesses. However, he had a big heart and was known to give to others many times.

On October 13, 2022 he was struck late at night by a vehicle as he was crossing the road as a pedestrian. He passed away on October 16 from severe brain injury.

Although we will miss him greatly, we are comforted to know that in the last year of his life Ken had accepted Jesus Christ as his Lord and Savior. We look forward to our reunion with him in Heaven someday.

No Thoughts on Kenneth Leroy McKee