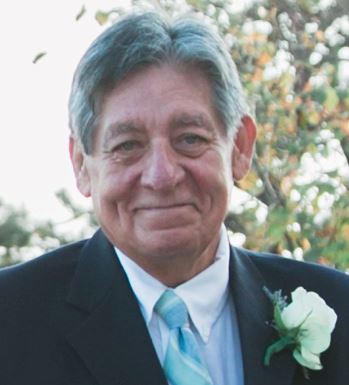 Johnny Joe Romero was born to Ysidoro and Margaret Romero on March 27, 1951, in Dallas Texas.

John was the third out of four siblings. He grew up in Dallas, and graduated from Carter High School. John had many passions, but most notably he loved playing the drums. Throughout his life he was a drummer in several bands. One of the highlights of his music career was in 1969 at the Battle of the Bands in Galveston Texas. His band, White Stone, placed second at the competition, only to be beaten by the famous ZZ Top band who won first place. In the 70’s John, along with his brother Jesse, traveled with their band, Slow Fuze, and played shows all over the Southern US. After some years on the road, John moved back to the Dallas area and worked along side his brother Jesse in the AC and Heating business. John and Jesse had learned the trade from John’s Step-Father Curly, who they started working for at a very early age. Together, the brothers worked side by side for a company called M&M Mechanical for more than 20 years. In 1994 they became partners and took over the business, today it is known as Romero’s AC & Heating Services. John retired from the business in 2005, but even after retirement he worked part time on and off when needed. On April 30, 1981 John and his second wife, Pam, were blessed by the birth of their son Nicholas. Then in 1986, John met a desperate young woman in need of help. She was stranded, and her car needed a jump. This is how John met Janell. After a few months they struck up a friendship that soon blossomed into romance. They found a mutual love and devotion for the Lord. It was then that John and Janell rededicated their lives to Christ and started attending Church on the Rock. There they committed themselves to helping others by serving in the Overcomers group. After two short years of friendship and dating, John asked Janell to be his wife, and eight months later they tied the knot on August 26, 1989. Just a few months later, after starting their new life as husband and wife, they welcomed a baby girl into the world. On June 29, 1990, their daughter Rachael was born. With John’s son Nick and their daughter Rachael, life was good, and their family complete. In John’s free time he loved being involved in his church’s music ministry. For many years he played his drums in the church band. He loved leading worship ceremonies, and praising the Lord with joyful music. Music was a huge part of John’s life, and he was always up for a jam session. Throughout his life John had been apart of many bands, and even professionally recorded music. John also enjoyed fishing, spending time with his family, especially time with his two grandsons Santana and Izrael, leading bible studies, and being in God’s word. John was a lifelong Dallas Cowboys fan, and loved to support his team. After retirement, John spent his days at home with his wife and family.

On March 5, 2022, John passed away peacefully surrounded by his loving family, and went to his Heavenly resting place to be with his Lord and Savior. John is preceded in death by his parents, Ysidoro and Margaret Romero, and his in-laws, Melvin and Elaine Hall. Those left to cherish his memory, his wife of 33 years, Joyace Janell Romero of Cleburne, his son Nick Romero and daughter in-law Megan of Fort Worth, his daughter Rachael Romero of Cleburne, his sister Mary Margaret “Margie” Romero Castillo and husband Sabino of Duncanville, his sister Mary Juanita “Janie” Romero Orozco of Dallas, his brother Jesse Romero and wife Brenda of Waxahachie, his four grandchildren, Kaylee and brother Tate of Memphis, TN., and Santana and brother Izrael of Cleburne, as well as many nephews and nieces.

Services will be held at:

Donations can be made in John’s honor to Gideons International, to spread the love of Jesus Christ through the donation of Bibles around the world. To donate you can visit their website at sendtheword.org . If you would like to send flowers, they can be sent to the Funeral Home.

John you are such a amazing person! You and Janelle opened your home to me and treated me as family! I will forever be grateful! I love you and until we meet again

Johnny was a great neighbor for many years. He was a very kind and friendly person that everyone liked and loved. He had heart and compassion as everyone that knew him would tell you. I only regret not seeing him more often. My prayers are with him and his family and friends.

I will never forget my brother from another mother! I nicked named him “ Johnny be good” as his pastor during his time with us, we did a lot of laughing, praying and crying, he talked a lot about his family in how much he loved each of them, we went together to Lubbock Texas to do ministry, he loved playing the drums in our choir and was always in happy attitude, we will forever miss him here but look forward in seeing him again!

He will be greatly missed. Such a beautiful and quiet spirit. We loved your dad. Praying for comfort for you all.

A man that we all knew as Johnny Romero was called up to Heaven to be with the Lord. Johnny was a good man and a disciple for Jesus. He will be missed by all who knew him and will live in their Hearts. He is now with Jesus, a destination he has been searching for so many years. Rest in Peace Johnny.

John was faithful church member, faithful worshipper, musician and friend. He loved to help those with drug and alcohol problems. He had several physical issues, but fought through them with great grace. He has finally made it to his true home in heaven. Miss you my friend

What a wonderful person ,John Romero.
We were privileged to know John.
He always spoke the best of everyone.
I talked to him about 2 weeks before he went home to be with the Lord.He was working on someone’s car. It was just like him;helping others out. You will be missed .
We love you Janell, my sweet and loved friend,full of faith and courage.

John was a wonderful person and we were privileged to know him. He always spoke the best of everyone. I talked to him two weeks before he went to be with the Lord. He was working on someone’s car. Always helping out. He will be missed. We love you Janell you are full of faith and courage.