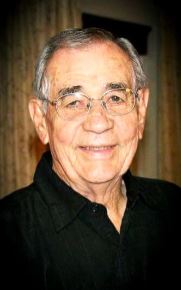 Jerry Welles Poston, Sr; age 82, of Palestine, Texas, passed away peacefully with his daughters
at his side, on Friday, February 18, 2022, in Tyler, Texas after a long illness.

Jerry was born January 21, 1940, in McKinney, Texas to Jim and Margie Poston. He grew up in McKinney,
Texas with his two younger sisters, Kayren, and Jamie.  After graduating high school in 1958, he
attended North Texas State in Denton, Texas for a time and then moved to Dallas later to work
with Woods Industries. While in Dallas, he met the love of his life, Linda Kay Barnes. They were
married September 29, 1962.
That same year, Jerry joined the United States Air Force and spent time in England, Germany,
and New Mexico. After his honorable discharge, he worked in hospital housekeeping for several
years. He eventually fulfilled his dream of starting his own commercial cleaning and
landscaping business, Poston and Associates. Ever since, The Poston’s have lived in many
places but most of their married life was spent in Plano and Lucas with a recent move to
Palestine in 2013.

Jerry enjoyed the hobby of drag boat racing, blown gas hydro, with the Southern Drag Boat
Association, racing at events across the southern United States. He also was involved with his
son, Jay, in Enduro go-cart racing then switched to Mini Sprint dirt track racing. He just loved
tinkering on anything with an engine. He also enjoyed keeping a beautiful yard, and especially
loving his many grandchildren (and great grandchildren!)

Jerry and Kay had four children, Tammy, Kelly, Stacey, and Jay, each of whom went on to model
his character and his integrity in their own life successes.

Jerry is preceded in death by his parents, Jim and Margie Poston, his son, Jerry “Jay” Poston, Jr,
and his granddaughter, Katherine “Katie” Reed Swagler. 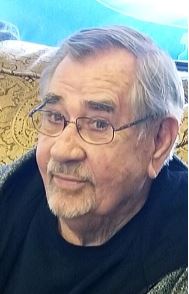 Visitation will begin at 1:00 pm followed by the
Celebration of Life at 2:00 PM with interment immediately following at Wilson Chapel Cemetery.

Sweet Jerry. I have o so many memories of going to the races with him and Jay. I will never forget him eating his bowl of vanilla ice cream with a scoop of peanut butter and chocolate syrup!!! Always thought it was a weird combination, don’t knock until you try it. It’s awesome!!! Love to you all and praying for comfort in this time of grief

Dearest Kay and family,
My sincere condolences to you all. My heart aches for you. I am so sorry for your loss.
Please, if I can help you in any way, I am here.
Louise Theisen

Love & prayers to the family, he was a wonderful man, had a great sense of humor and very personable. He earned his wings fly high dear soul, you are at peace and out of pain.

Karyn and Jamie I am so very sorry to hear about Jerry. He was a good brother. Please give my condolences to Kay also. Praying God wraps his loving arms around each of each of you giving you peace over your loss.

My name is Sandy Franklin I was married to Jim Franklin yours back when we ran around with Jerry and his wife we all boat race together Jerry was one of my favorite people in the Southern drag boat association. Condolences to his family.