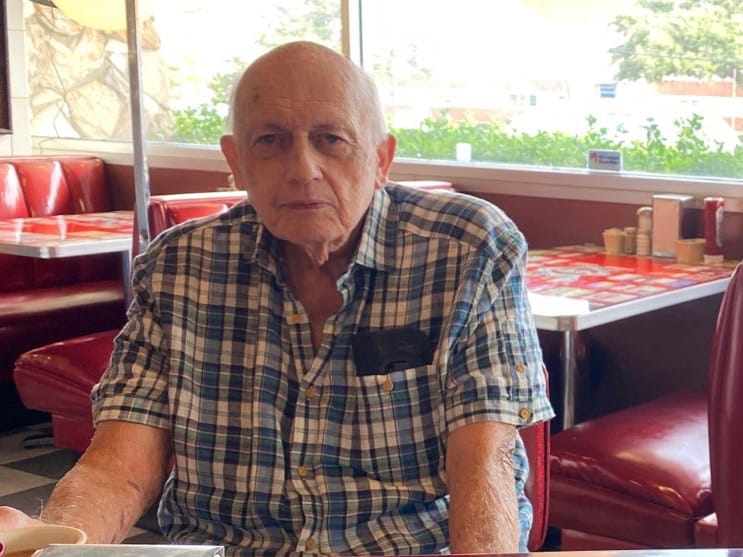 James Lee Dant went to be with his Savior the Lord Jesus Christ on June 12, 2022, after a long illness, surrounded by his family. He spent his final days with his family who loved him dearly. He is survived by his daughter, Catherine Tucker and her finance George Chambers, his son David Dant and his wife Tamara, and his daughter Carolyn Pitrucha and her husband Scott; his grandchildren Andrew Tucker, Brandon Tucker, Angela Tucker, Lauren Leslie and her husband Spencer; Justin Pitrucha, Michelle Pitrucha; Sarah Maples and her husband Chris, and Christopher Dant; as well as his great-grandchildren Trevin Reed, McKenzie Reed, and Banks Pitrucha.

He was preceded in death by his wife Mary and her parents John and Edith Hand, his parents, Joseph and Mary Dant, his son-in-law Scott Tucker.

Born in Enid, OK, his family moved several times within Oklahoma during WWII as his father worked in the rubber industry making tires for BF Goodrich Tire Company. He enlisted in the USAF on June 16, 1954 and served the country as an Aircraft Radio Repairman on B47’s at Forbes AFB, Kansas. After leaving the Air Force in 1957, James worked briefly at Braniff Airlines at Love Field repairing and installing radios on commercial aircraft. In 1958 he was hired on at Texas Instruments as a Design Technician in many programs, to include the TI handheld personal calculator in the early 1970’s as well as US Military R&D programs.

His hobbies were woodworking, maintaining his cars, working on electronics, and recording and preserving a library of movies and bluegrass and country music concerts. He wasn’t happy unless he had a project to work on. Chief among them was building an addition to his home in 1974. It was fitting that he passed away peacefully in the room he built.

No Thoughts on James Lee Dant