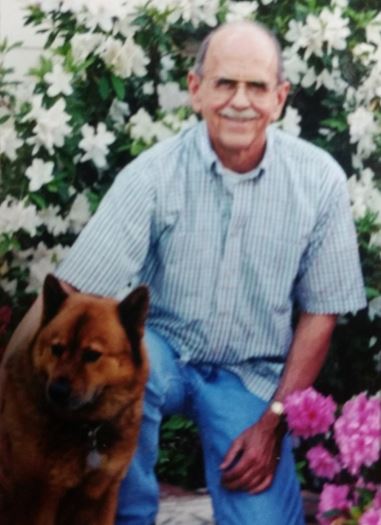 George Wesley Nethercutt passed away at his home on July 7, 2022 following an extended illness. He was 84 years old.

George was born on January 23, 1938 in Seminole Oklahoma to Ancel Nethercutt and Lucille Sarg Nethercutt. When George was three years old his family relocated to California, settling in the San Francisco area. He graduated from Mission High School of San Francisco, and received his Bachelor’s degree from San Francisco State University. He completed work on His Master’s degree at the University of North Texas.

George made his career in Library Science, serving as Head Librarian at the North Branch of the Fort Worth Library system, and later supervised the Wedgewood Branch, before being named as Head of Acquisitions at the Main Library in downtown Fort Worth, where he would eventually be named Librarian of the Year.

George met the man who would become his partner and lifelong companion in 1978. The two were married on December 11, 2016. His husband, Steven McGee, says their connection was immediate upon meeting each other, and continued throughout their 45 years together. Just a few years after they found each other, Steven developed symptoms that would eventually be diagnosed as Multiple Sclerosis. His illness would rapidly progress and at times be quite profoundly debilitating. In spite of this, George remained unwavering in his devotion to Steven, and became his care-giver in every sense of the word, serving as nurse, chauffeur, and servant to Steven’s every need, whether physical or emotional.

George and Steven shared a love of travel and adventure, and traveled extensively both in the United States and abroad. Even as Steven’s illness progressed, the two still continued to find ways to accommodate their extensive travels, with George creating access for Steven and his wheelchair everywhere their journeys took them.

George is survived by his husband Steven. One of the greatest joys in George’s life occurred when he was able to reunite with his daughter Lucia Sayre of Montara, California, who also survives him, along with her husband James, and their children Natalie and Thomas. In addition, he is survived by Steven’s son Ishtvan McGee and his children Stacia and Eve, Steven’s daughter Dancer Burns, her husband D. J. and son Wesley; and George’s sister Karen Ashcraft of River Oaks, Texas. He was predeceased by his parents, daughter Nina, and brothers Albert Nethercutt and Dale Nethercutt.

No funeral service is planned. In lieu of flowers, friends may wish to make donations to the Humane Society, one of George’s favorite charities.

I’m so sorry to hear of George’s passing. He is alive in my memories, though – the witty, well-read, charming, handsome, and urbane fellow who could cook up a mean chicken and rice! George was always genuine and kind – a loving and lovely spirit. May he rest in peace…. My profound condolences to George’s loved ones.

Thank you, Nancy, for the sweet sentiments you expressed about George…
He truly loved you and always regretted our disconnect so many years ago.
I hope all is well with you and Joe.