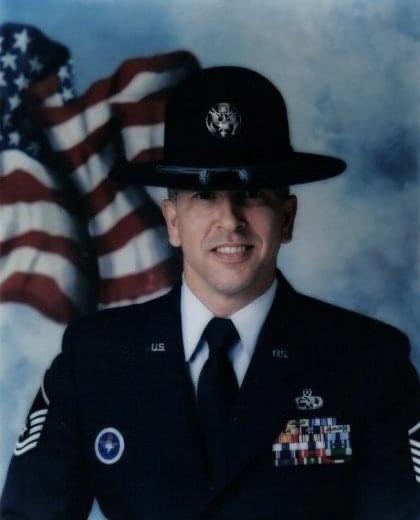 Donald Wayne Dawson, 63, of Moyers, OK passed away on November 17, 2022, after a difficult battle with Dementia.

Don was preceded in death by his parents Ivan “Tommy” and Jean Dawson, and his nephew Jacob Philp. He is survived by his three sisters, Janelyn Smith and husband David, Denise Sherman, and Kim Philp and husband Mark; two daughters Rose Young and husband Matt and Maria Jean Jimenez and husband Jesus, grandchildren Jordan Young and Skylar Young, and his wife Wendy Sprague, along with numerous nieces and nephews.

Don attended high school in Texas, and shortly after joined the United States Air Force. His honorable and distinguished Air Force career ultimately defined Don’s life. He traveled to multiple countries, held many different titles, including Military Training Instructor, and was honorably retired in 2001 after 22 years of faithful service. He was known for his infectious personality and stunning good looks, daredevil motorcycle prowess, his guitar playing and love for rock and roll music, his devotion and service to his country, and most importantly his love for his family and friends.

A Celebration of Life for family and friends will be at John P. Brooks and Family North Dallas Funeral Home, Dallas, TX on November 29, 2022 at 11am.

No Thoughts on Donald Wayne Dawson