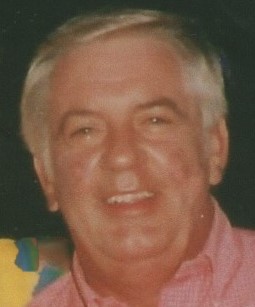 Don Warren Wharton, a devoted husband, father, grandfather and friend to everyone he met passed away on January 10, 2022 in Dallas, Texas.

Don was born on November 18, 1939 to Jefferson and Martha Lou Wharton in Paris, Texas. Don and his sister, Katie grew up in McKinney, Texas. During High School, Don excelled at football. #83 would become the last 4-year letter in school history, earning All-State honors as a defensive lineman and tight-end and the nickname ” The Magic Toe” for his game-winning field goal heroics. After graduating from Boyd High School in 1956, he went on to Texas Christian University and later joined the United States Army in October of 1961 where he served as Medical Specialist stationed in Germany earning commendations as an Expert Rifleman. After returning from active duty, he served in the United States Army Reserve until 1967.  In 1964, he returned home, and he went to work in sales for Omsted-Kirk Paper Company in Dallas where he met his future bride, Paula, and they wed on June 11, 1966. Don and Paula were married for 55 years until his passing. Don and Paula raised two children, Jeff and Joe.  Don had a life-long love of nature and the outdoors and was an avid hunter, fisherman, and storyteller.  He was dedicated to and had a deep love of his family and his many friends. He loved singing, cooking, and following his son’s (Joe) baseball career as a player and coach.  After retiring, Don spent his time as an involved grandfather, attending every school sporting event and teaching his six grandchildren the fine art of obnoxiousness. His love for competitive sports continued throughout his life whether he was rooting for the Rangers and Cowboys or watching countless backyard basketball and wiffleball games amongst his children and grandchildren.

A memorial service will be held at Christ United Methodist Church of Farmers Branch on Saturday, February 12, 2022 at 1:00pm with a reception to follow.

In lieu of flowers, memorial contributions may be made in Don Wharton’s name to Christ United Methodist Church of Farmers Branch at: https://pushpay.com/g/christ4u

Fond memories and expressions of sympathy may be shared with the family via email at: donwarrenwharton@outlook.com

I worked with Don for a few decades. I smile every time I think of Don. He will be missed. Walter Black

Don and Katie were literally life-long friends. They were both a part of the Williamson family for as long as I can remember, and I have so many wonderful memories of the Wharton family.
My prayers are with Paula, Katie and all of the Whartons.

My prayers are with you & your family.
Don & Katie was such an important part of my life growing up! Wonderful memories.

I worked with Don for many years. He had a great character and always made me laugh. He will be sorely missed by all. RIP Don. Prayers for Paula and all the family.
Dee Burch

You will be missed friend. Great memories of our working together.
Prayers for all the Family.

He will be forever missed. Great man!
Prayers for the family!

I could not ask for a better brother to share my life with. I loved him dearly. He is now at peace.

Lots of love to Jeff and family.

Don Wharton was a second father to all of his kids’ friends – myself included. He taught us all so much about what being a true friend and great father meant. Thankfully, he also tutored us frequently on the fine art of obnoxiousness – and he was very proud of all that we accomplished in that field. Like so many others, I will miss Don dearly but I will never forget all of the many great times we shared together watching sports, talking shop, and just hanging out in the living room until all hours of the night. Don was and will always be the epitome of the “cool Dad” that everyone longs for. My sincere condolences to Paula, Jeff and Joe – and all of Don’s extended family and friends. Know that you all remain in our prayers. RIP Mr. Wharton – you will never be forgotten. We all love you so.

Day One I met Don he became My Friend and later accepted Me as his family I’m deeply blessed to have had Him in My life for time I did I became very close to Him and his family I Thank God for giving Me the opportunity to meet him before calling Him home. He will always be a part of me and I will forever carry Him in my heart Rest Easy Don Miss You So Much and Love You Dearly

Sang with and coached with Don. He was as natural a person as you could find. Not a fake bone in his body.
His easy smile and laugh still fill my memories.

I knew The Wharton Family for a long time! At one time they lived across the street on Tucker St in McKinney! What a wonderful family!Don was on football team when I was a cheerleader! He and Katie were wonderful children raised by wonderful parents! So sorry about Don! My love to Katie and family!❤️❤️❤️❤️

Don was a good friend and teammate. We remained friends through our adult life. He was loved by all that knew him.