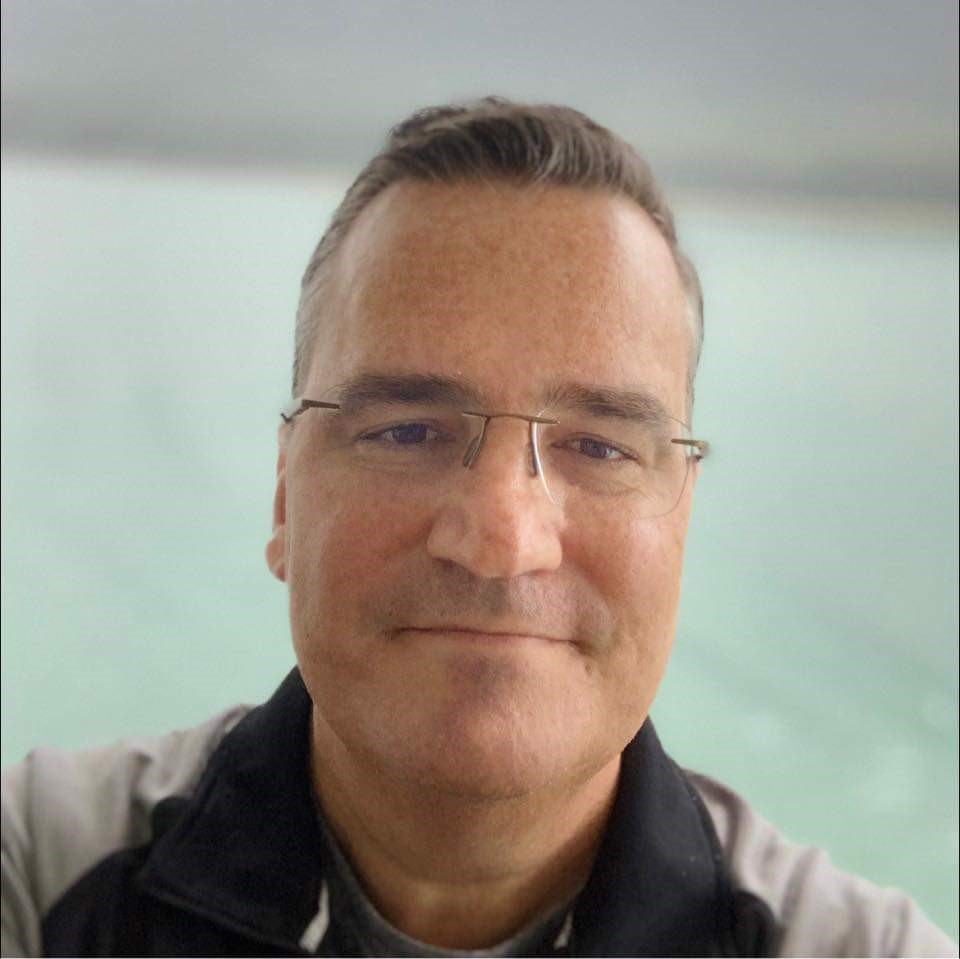 Christopher Darrin Beidel (Chris) of Dallas, Texas passed away peacefully on August 14, 2022 at the age of 54. He will be deeply missed by his loving family, his devoted friends, and all the wonderful individuals who knew and loved him. Funeral Services have been entrusted to North Dallas Funeral Home and services are detailed below.

Chris grew up in Carlsbad, New Mexico and attended New Mexico State University. Following graduation he joined a Co-Op program with NASA, which took him to Kennedy Space Center in Florida, where he worked various roles in Human Resources while earning his Master of Business Administration from Florida Tech. He eventually moved to the Washington, DC area where he continued working for NASA, both at the Goddard Space Flight Center and NASA Headquarters.  While in DC he met his partner/husband, Kevin Horan in 2000. The pair later moved to Phoenix, Arizona, where Chris was the HR Director for the US Attorney for the State of Arizona, then back to DC, where he returned to NASA supporting the NASA Administrator, and on to Los Angeles, where Chris did independent consulting and volunteer work for organizations like CoachArt, Educate, and others. In 2015, they moved to Dallas where he continued his consulting and volunteer work and established his own consulting practice named Lolana, a Hawaiian term meaning “Soaring like a Hawk”. Chris was passionate about people and wanted to help organizations become world class for their culture.

Chris discovered cruising and international travel with Kevin in his thirties and became a global wanderer with an insatiable thirst for exploration.  He was proud to tell anyone that they had completed over 50 cruises – and had his room key from every one. They visited 5 of the 7 continents and he had his eyes set on the last two. They even managed to go around the world in 61 days on a combination of cruises and independent tours.

Chris has now left on his final journey to join his mother, Helen Beidel, in Heaven. He is survived by his loving husband Kevin Horan and their two dogs Paddy and Harp, his father Bill (Jackie) Beidel, his sister Pam (Chad) Knutsen, his nephews Drew and Justin Knutsen, and his mother-in-law Judy Horan.

Chris, you were loved by so many! You will be sorely missed by your friends and especially Kevin.
RIP sweet Chris!
Sherry and Tim Groff

Bill, I’m so sad to learn of your loss of Chris. I remember him being such a nice young man & so interesting. I pray you find comfort in great memories.
Betty Egbom

So sad to learn of Chris’s passing. He was a charming helpful friend to my family.

Chris, hope to see you with my Helen. Just sad that I wasn’t able to have a last goodbye.
With much love,
(Uncle) Mike

Chris, may the love and compassion you showed me be the attitude I display. Thanks for the friendship and taking care of me for a few years at NMSU. I pray all involved find solace.

Can’t think of China without thinking of all the wonderful meals we shared. So sad to hear of your passing. Now you can travel as much as you I suppose. Until our paths cross again.

Uncle Chris, my Uncle pumpkin head or Uncle punkers for short,
I will always remember the time we spent together around Christmas, where we baked cookies together and watched one of your (now our) favorite Christmas movies, The Polar Express. I loved every moment of that visit. I can hear the melody right now. Your loving smile and soft eyes will stay with me forever. I love you so much. Rest your oars; rest in peace.

Prayers for all who knew Chris to be comforted and to find solace in his legacy. While I never met Chris, I know anyone that Kevin adores is a special person – so, I can only imagine Chris’ genuineness and how special he was to many of you. Kevin, I pray for perfect peace for you and many great remembrances of your time together in the days ahead. Much Love.

Uncle Chris, words have not yet been discovered for the emotions of joy you brought. Nothing but smiles will be remembered by all from you. They say people don’t remember us by what we do but by how we make them feel, we all will remember how you made us feel. Soar high. Love you

Chris, I will always cherish our fun adventures. I am so blessed to have you as my friend while growing up in Carlsbad. I will always remember the “Peso” car, singing to Jefferson Starship while riding in your car. Our fun trips to Sitting Bull Falls, and many many other adventures. You were and continue to be a shining star in our lives and this world. Love you, kiddo.

Bill, our family and yours has so many fond memories we shared in Carlsbad,so sorry about Chris, we are thinking of you.

Kevin my heart goes out to you while I never met Chris I know that you loved and were so proud of him I loved seeing your travel pictures. I sending peace and love to you, and Chris may you Soar high like a hawk RIP.

Dearest Chris and Kevin,
The short but happy times we got to spend with you have never been forgotten. Although far away, we hope you can feel our loving thoughts coming your way. Our love to Pam, Chad, and Bill too. Surely a comfort to be together.
Love, Lou and Wes

Dear Kevin, I´m deeply sorry for your loss. It was a shock to read about his passing. I´m so grateful to have met him on one of your so many cruises and in your warm home whilst visiting my relatives in USA.
Wishing you comfort and strength with your loss. Warm hugs.

What fun, sweet memories I have of the countless times our family piled in the station wagon to make the day-long drive from Dallas to Carlsbad where my sisters and I got to see our cool older cousin Chris.
The Beidel girls sure loved him and look forward to a glorious family reunion in Heaven some day soon.

Dear Kevin, my heart goes out to you and your family and friends.
This sudden passing shocked me a lot and shouldn´t have happened at his age.
I deeply regret the situation you are in and wish you strength and courage to move on with Chris in your hearth.
I am grateful to have met you both at the time during our cruise and later in your warm home while visiting my USA relatives and friends.
My deepest and sincere condolences.
Hope to meet you again some day.
Big hugs, Mariette

I’m so sorry for your loss Kevin and thinking of you at this time.

I am so sorry to hear the loss of this great man who moved the NASA/GSFC Recruitment Program to the next level to hire the Brightest and Best People for our Center. Chris was one who you loved to go visit in his office, as he was always compassionate, greet you with a smile, and shared his vision with Recruiting GSFC future. You are in my prayers Kevin and family.

Chris was my team lead at NASA HQ and he was an absolute gem! He was so supportive, kind and effective. I’m saddened Chris left this earth too soon, his laughter and joy will be missed by so many. He spoke of his happiness with Kevin and their adventures. He also spoke fondly of his other family members and visits with them. My time at NASA was made better by working with Chris. He will be sorely missed.

Kevin,
I am sorry to hear of your loss. I worked with Chris at NASA/GSFC and more than the work contributions, I remember his humor, smile and helpfulness. He inspired and touched many people. Rest In Peace Chris.

I am so sorry to hear about Chris’s passing. I just saw the information in the Goddard Retiree News. I worked with Chris at NASA/Goddard. He was a true team player and a pleasure to work with.