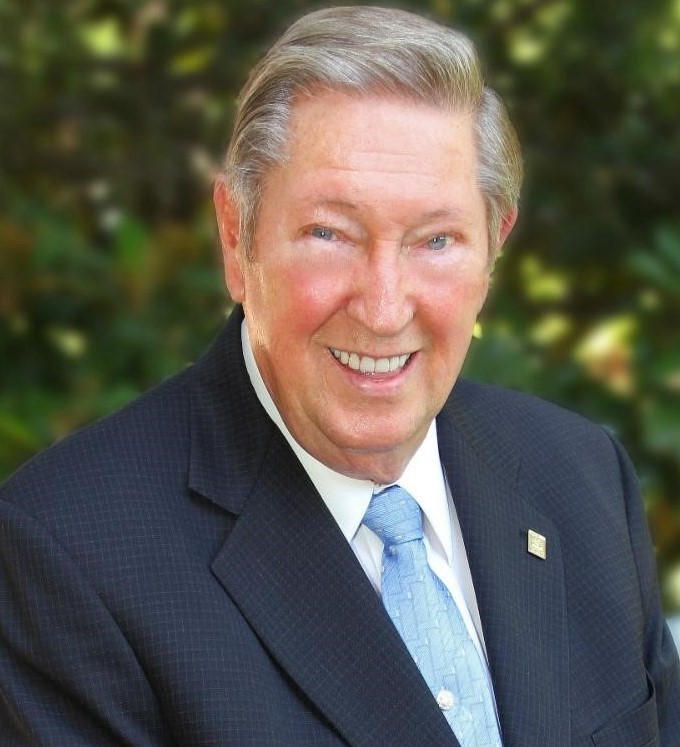 Bob’s family, including his two sisters, Bess Phelps Elkins, and Pat Phelps Hunt, moved to Terral, Oklahoma in 1953.  This is where he met his high school sweetheart, Dee, and they married in 1955 and came to Dallas to start their life together.  They had two children, son, Rob and daughter, Kim.

Bob was predeceased by his parents, and his son, Rob.  He is survived by his loving wife, Dee, of 67 years, daughter, Kim Phelps Holtzman and husband, Mike; two grandchildren, Shane Mullens, Shealee Greer and husband, Tony; two great grandsons, Ryder, and Casen Greer; his sisters, Bess Phelps Elkins, and Pat Phelps Hunt, and many other family members and friends.

Bob loved his family very much and enjoyed time spent with them!

Bob and Dee loved to travel and just being together. They were blessed with a wonderful life.

He worked for Frontier Manufacturing Company for 8 years and then became a State Farm Insurance Agent in 1963 until he retired in 2006. He was a very successful agent and won lots of awards.

Church has always been a major part of their lives.  Bob accepted Christ as His Savior at age 12.  He and his dad were baptized together at First Baptist Church in Terral, Oklahoma. He was a member of the First Baptist Church in Carrollton joining in 1987.  He loved the church and enjoyed being a part of the Forerunners Ministry. Bob was in Rod Bunch’s Sunday School class. He served as Chairman of the Deacons, treasurer, and usher from many years. He was a greeter and sang in the Sanctuary Choir.

A list of Bob’s accomplishments consisted of being elected to Farmers Branch City Council and served for 9 years, he was then elected as Mayor of Farmers Branch, Texas and served for 15 years.  He was President of the Metroplex Mayors Association, President of North Texas Council of Governments, and President of Metrocrest Republican Club.  Bob also served as a board member of the following, Regional Transportation Council, Dallas Regional Mobility Coalition, Farmers Branch Chamber of Commerce, Metrocrest Chamber of Commerce, and the Metrocrest Hospital Authority.  He received the Paul Harris Fellow Award.

Bob was the founding member of the Metrocrest Mayor’s Prayer Breakfast.  In 2008, Bob was honored with the opening of the “Bob Phelps Fire Administration Building”.

Bob has requested that this is to be a “Celebration of his Life” and not a sad event.

The Celebration of Life service will begin at 2:00 pm all at

First Baptist Church at The Fields,

Following the service there will be a procession to

Bob Phelps was the kind of person who, when you met him, felt as if you found a new friend.
I had the pleasure of knowing him and witnessing his ability’s to work with others to find common ground.
Citizen’s of Farmers Branch will dearly miss him.

We’ll be praying for God’s strength and comfort for you and your family. May you look to heaven and know that you have another Angel watching over you.

Mayor Phelps was an amazing public servant. He personally called me when there was an issue I was concerned about and was the most considerate, empathetic, and polite gentleman. Sending love and condolences to family and friends for the loss of a great man.

Mayor Bob Phelps was truly an inspiration to so many not only as a man of faith, great integrity, kindness, love for family and Ms. Dee and a true gentleman. Bob was such a kind human being and a great public servant. Farmers Branch has lost a true treasure. Sending love and prayers to Ms. Dee, Kim and all the family as well as those of us so blessed to call him a friend. Forever in our hearts & never forgotten
Love & prayers,
Beth Ann Chambers

I was shocked to hear that Bob had passed away. I had just seen him a few days ago and we talked like usual. Now he is gone and I will miss his friendliness and smile. He was a good man. May God take care of him and may he Rest In Peace.

This is for Dee Phelps. I was an Underwriting Superintendent In the Dallas State Farm Regional Office and wrote a monthly publication regarding auto underwriting. Quite often Bob would come to my office and ask to have a further discussion of some topic in the publication. This impressed me greatly as Bob was one who always wanted to do the best job possible.

I had the privilege of working for Bob in his insurance office for 21 years. He was a company man and an excellent employer. He helped to mold me personally & professionally. Life lessons that I still carry with me. He was caring, compassionate, and honorable and truly believed in helping people. I was honored to have worked for him as well as to consider him & his beautiful wife Dee, and the family, as very good friends long after he retired. My deepest condolences to Dee, Kim, Shane & Shaelee and to everyone who was fortunate to have crossed paths with him. I will certainly miss our lunches at Marshall’s BBQ. He is now an angel watching over us. He will forever live on in our hearts. I truly loved this man.

Dee, I am so sorry to read of Bob;s passing! Both Dick and I offer our condolences to you and the family! I think we saw you last at Bob’s retirement dinner! Bob was such a god man. After reading of all of the offices he held and the rewards he received, I know he was a very respected man, too, and very much appreciated! May your wonderful memories of a blessed life with Bob be a comfort to you!!

Bob was genuinely a wonderful, good and very professional friend to both of my parents, Earl & Louise Seibert. He (& State Farm) insured all of our family’s cars, houses, etc. {ForEVER it seemed} … Bob, Mom, Dad and God of course As well as all of our other Angels up in Heaven are looking from up above after Dee, and all of the wonderful families and friends that they left here on Earth. They’re all up in Heaven now with all of the other Angels Bob has joined. Farmers Branch was very lucky to have Bob as their Mayor as well …
Here on Earth, however, Dee and all of y’all`s entire adorable family have our condolences … Thankfully and luckily, we will all meet again when it’s our time to celebrate with all of the other Angels up in Heaven … All of Bob’s family are in our constant prayers …Very Sincerely, Connie Seibert Belanger and Family

Dee, I was so saddened to hear of Bob’s passing. I will never forget all you both did for our family and how much it meant to us during a difficult time. I will pray for you as you are adjusting to life without your precious Bob. I know a little about that as I lost my dear Wayne on April 29th this year. Even with a loving family and friends around us, it is a lonely journey in many ways. but we know our loving God upholds us and sustains us. My sincere condolences to you and your family. Love and Prayers, Mina Mooring