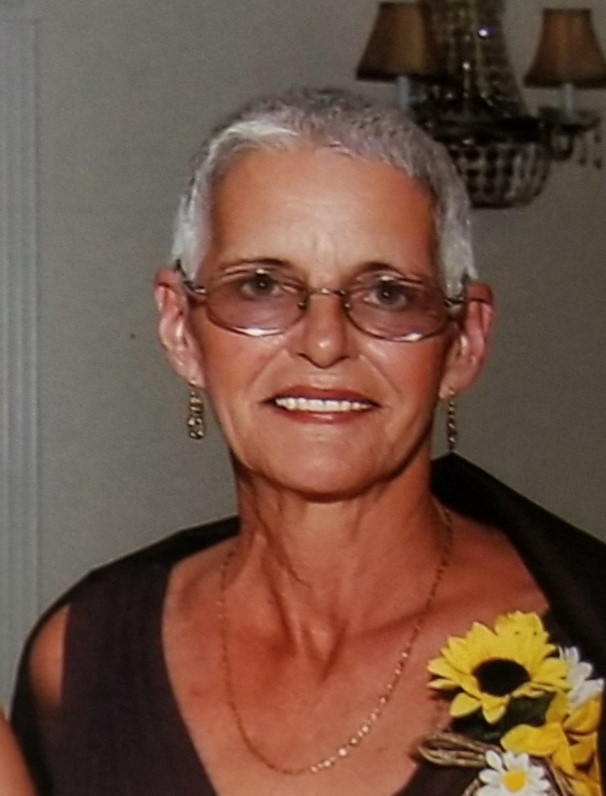 Barbara Scholl, 70, of Little Elm, Texas passed away Sunday, June 26, 2022, after a year and a half long battle with cancer.

She was born to the late Philip and Concetta D’Angelo on May 24, 1952, in Brooklyn, NY. The family moved to Syosset, NY, where she spent her childhood with her four siblings and many cousins. She graduated from Syosset High School in 1970.

She was married to Raymond M. White in 1998. Barb, as she preferred to be called, is survived by her husband, Ray, and five children: Tiffany Hayworth (Scott), Tonya Howard (Brandon), Cassie Ljutic, Mark-Anthony Brossoit, and Taylor White. She leaves behind 10 grandchildren whom she adored: Kristina, Jacob, Emma, Kristian, Jaxon, Jayse, Filip, Olivia, Preston, and Marley; two sisters, Carol Kerrigan (Kevin) and Beth Cecere (Michael) along with many cousins, nieces, and nephews.

Barb is preceded in death by both her parents and her brothers, Philip D’Angelo, Jr and James D’Angelo.

Barb was a nature loving, free spirited hippie yet oddly obsessed with time and the news. In her down time, she would watch true crime series on TV. She loved to be outside and if the weather was good, she’d be sitting on her patio watching the birds and squirrels. If there was a pool nearby, she would dip her feet in, but it had to be well over 90 degrees for her to get in to swim! She always felt a connection to the Native American culture and wondered if her soul had ever lived during that time. She decorated her personal space with dream catchers, artifacts, artwork depicting wolves and earthy colors because of her love of the culture and nature.

Barbara was a nurturer by nature, and she offered her home to family, friends and coworkers looking for a place to stay. She was kind, caring and giving and would go without so others could have. Her love and kindness also extended to animals. She loved her pet birds and her dogs: Ollie, Gizmo, Duke (the adopted neighbor dog) and of course, her beloved Puppy.

She was an amazing cook (those meatballs and chicken cutlets! Yum!) but baking was not her forte and it became a joke amongst her and the kids, literally laughing until we cried. We never could figure out how such a great cook could burn everything she tried to bake! However, every year around Christmas time she wanted to bake cookies, a tradition passed down from her mom. So, while her daughters baked, she taste-tested and approved!

There will not be an immediate service. A memorial is being planned and will be available online so that distant family and friends can participate. As soon as a date is set the family will notify via phone and social media. If you have any stories, videos or pictures you would like to be included you can send them to barbskids@yahoo.com.

My aunt barb will forever be missed, her spirit will live on through my cousins and I will keep her memory alive as long as I’m living rest peacefully my sweet aunt ❤️

Barb was a very old soul and an amazing friend she shared her bedroom with Carol who was and still is one of my best friends. I was in her wedding was always around when she was melting wax she exposed me to most of the music I listen to to this day that’s a big influence. May u Rest In Peace ☮️ my friend and I will surely see u on the other side

My hippie sister was the kindest person I know. She would give you the shirt off her back if you needed it. There was at times people staying on her couch if they had no where to go. She was and is my hero and I will never get over this painful loss.Until we meet again ! What a reunion that is happening on the other side! Love you my big sister… one day❤️

MY Mother Was/is A beautiful soul! A spirit That Was Ahead of Its times. Anyone Who has Ever Had the Privilege of meeting her i can assure you they have never forgotten her. Kind/Loving/Graceful/forgiving are words that don’t even begin to show a glimpse of how she was, She was Absolutely hand’s Down The Most Remarkable Woman/mother/Spouse/Sister/Friend/Person. That Has ever Walked this Earth; I’M Sure this has been said before and a mothers love is a mothers love, Remarkable i tell you.. Remarkable..i will always be kind to others,i will always help who is in of need, i will give even if i can’t just so some one else can have. you have shown me how to truly walk this earth as god intended. I will Not Say Goodbye because goodbyes are forever- i will say.. I LOVE YOU and I’ll See you soon. i will spend the rest of my life doing MY Best For You. Here’s To Mom! God I Love You… You are my HERO! My Reason! MY Mother <3 LOVE Always Your SON Markanthony