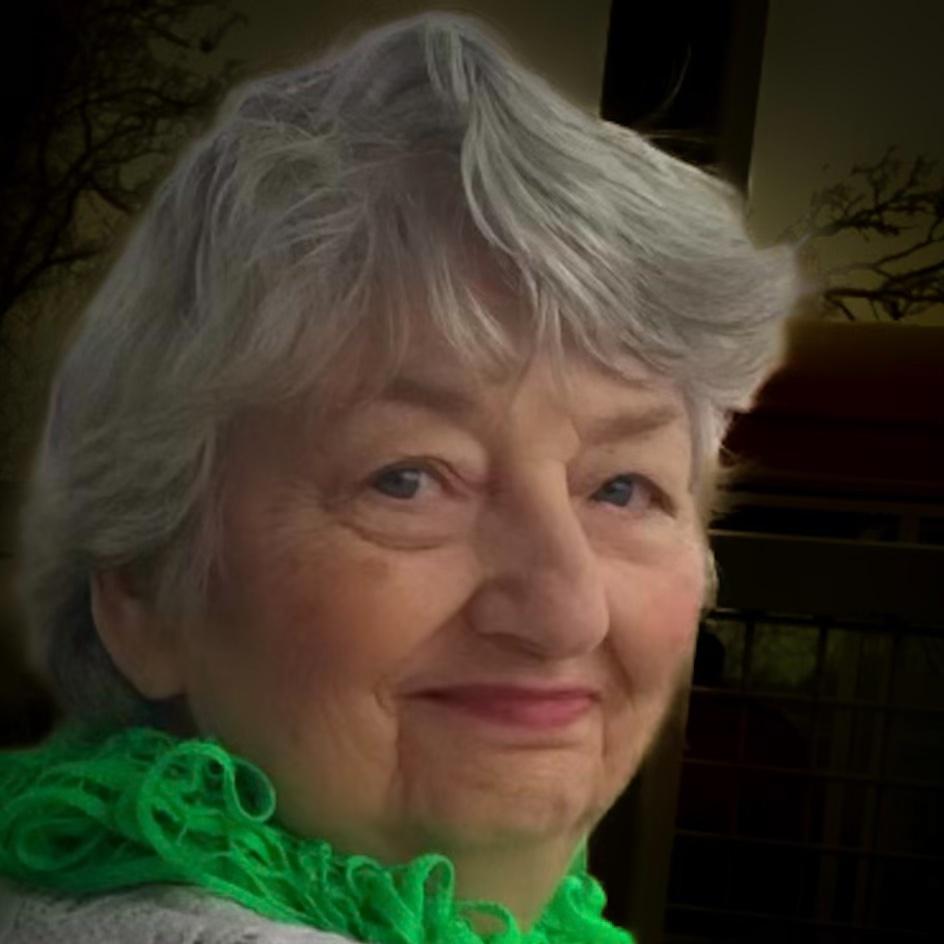 Barbara Murray, 83, of Hurst, TX passed away peacefully on Friday, April 8, 2022, surrounded by her daughters and son-in-law.

Born October 30, 1938, in Milwaukee, WI, Barbara Jean Calhoun was the middle of three daughters born to Archibald and Muriel Cameron Calhoun. After graduating from Riverside High School in Milwaukee, Barbara worked in retail and restaurant positions where her bubbly personality and quick wit delighted customers and coworkers.

As a young woman, Barbara began a lifetime of quiet service with a volunteer role in the United Services Organization. She once arrived late to a USO dance, ran up the stairs and into the path of USN Seaman John Patrick “Butch” Murray of Housatonic, MA. Following a long-distance courtship, they married in Milwaukee on August 4, 1962, then moved to the Charlestown Navy Yard in Boston, MA. Upon completion of his Naval service, Barbara and John moved to East Hartford, CT to begin his career and start their family. From there, career moves took the Murray family to Wheaton, MD, Plum Borough, PA, and lastly, Hurst. Wherever they lived, Barbara made time to volunteer in groups reflecting her growing interests, from Meals on Wheels and March of Dimes to League of Women Voters, PTA, and a Christian clowning group called “God’s Clods.”

Barbara was most joyful when surrounded by children. As her daughters grew older, “Miss Barbara” became a beloved nanny to several children, and was often called upon to babysit for large families and those with special needs. She volunteered so often for her church’s Children’s Ministry that they ended up hiring her. Among the multitude of children Miss Barbara cared for in her career, it’s safe to say her favorite role was that of “Mimi” to her grandson and granddaughter.

Barbara will be remembered for her sparkling blue eyes and gentle, welcoming nature that personified the phrase “she never met a stranger.” She was a talented seamstress, making everyday clothing as well as special-event dresses for her daughters and sometimes even their friends. Barbara loved travelling and playing games. She enjoyed painting with friends and socializing with the local Widows & Widowers Group. She had an unshakeable, child-like sense of wonder and gratitude which rested on the foundation of her steadfast faith in God’s lovingkindness.

A memorial service will be held Wednesday, April 20, 7 p.m. at Wellspring Church, 7300 Smithfield Road, North Richland Hills, TX 76182. To any who attend and feel so inclined, the family invites you to wear a reflection of Barbara’s favorite color, apple green, or favorite flower, pansies.

On a date to be determined, Barbara will be laid to rest next to her beloved Butch at the DFW National Cemetery. Funeral arrangements are in the gracious care of North Dallas Funeral Home. Donations in Barbara’s memory may be made to an organization of your choosing, or one of several that were dear to her: March of Dimes, St. Jude Children’s Hospital, Special Olympics, Mission Barnabas, and the USO.

The family wishes to thank the staff of Texas Health Harris Methodist in Bedford for their tender care of Barbara and her loved ones through her final days.

Barbara was such a pleasure to be around. She always seemed happy and
she loved to play cards. She was very
considerate of others and would volunteer her time to help others.
She will be missed very much!

Carolyn and Katherine,
I was so thankful to your mother for taking me in when I needed it the most. I’m so sorry for your great loss.

This couldn’t have been better said. A beautiful soul, your mom will be dearly missed. Our sincere condolences with each of you.

Your Mother was such a joy to be around. Her sharp wit never failed her and brought laughter to most of our art class gatherings. Her ability to think like a child furnished lots of placemats for our Kairos Prison Ministry. Always willing to serve or help. A dear friend and she will be greatly missed.

What a life of service to others. My Aunt Barb never had a bad word to say about anyone and that made such an impression on me everytime I was around her. Godspeed dear Aunt.
Deb Vento Seeger

Carolyn, and Barbara’s family, we are so sorry to hear of your Mom’s passing. She had such a wonderful sense of humor, was such an encourager, and always brought wise perspective to life’s challenges. May her memory be as much of a blessing as she was in life.
Love and prayers, Tony & Carolyn

Linda snd I enjoyed being around Barbara. I’m sure the two of them are having a joyous time tight now.

Before she clowned with us Barbara would keep my 1 yr old in church so that I could sing in the choir. She would always bring raisins, & M&M’s for him & he loved to play with her beads . She was always happy, & snappy!

I will miss her. We slowed down doing things together as we got older. We met when we both worked at McDonalds. As friends we spent many happy times together, taking weekend trips with my girls during the years. Friends for 38 yrs. As a Christian Clown, she used the name “Friend”, Barbara my dearest friend.