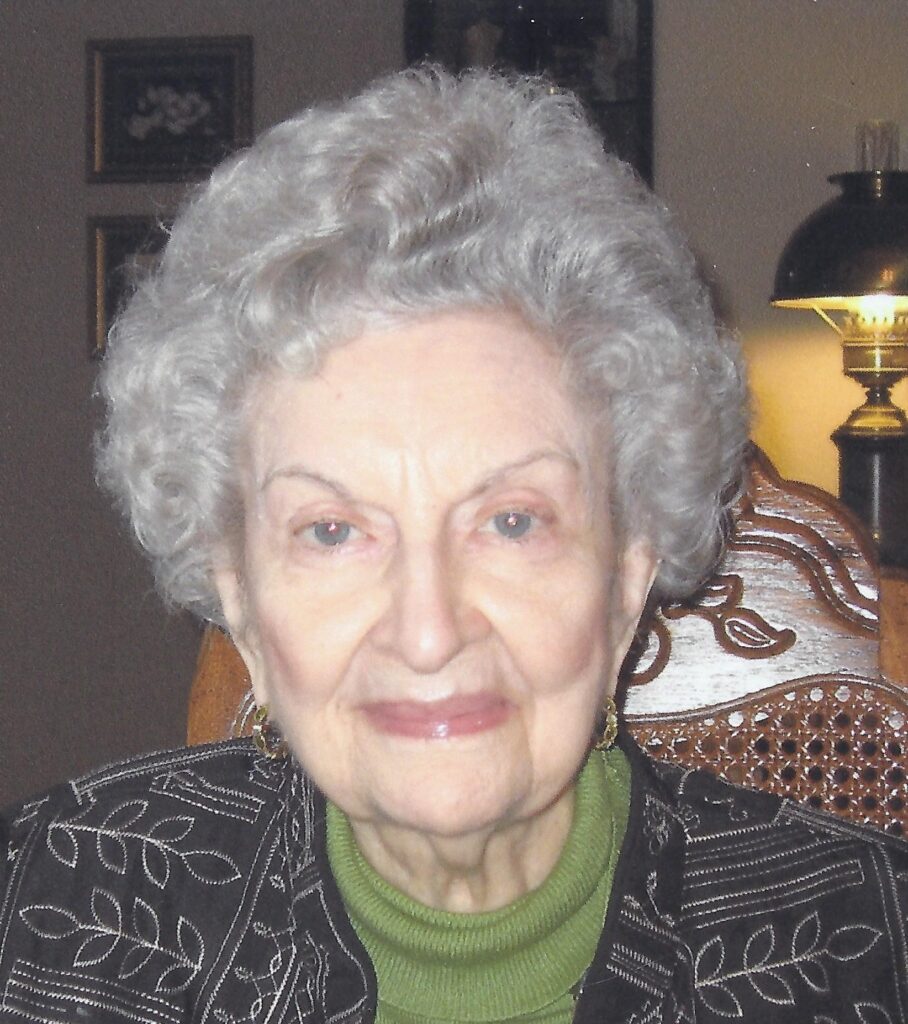 Billie Lea Johnson Woosley, age 95 of McKinney, Texas, formerly of Benton, Arkansas, died Thursday, July 31, 2014.   Born on October 2, 1918 to Robert Lee and Lora Cole Johnson of Conway, Arkansas, she married Lester Woosley of Carlisle, Arkansas on October 3, 1943. They had 61 wonderful years together until his death in 2005.

Mrs. Woosley is survived by two daughters and their husbands, Becky and Roger Taylor of Melissa, Texas; and Carol and Mike Wallace of Farmersville, Texas; four grandchildren, Brett Taylor of Allen, Texas; Russ Taylor of Rogers, Arkansas; Lawrie Wallace and husband Aubrey of Fort Worth, Texas; and Scott Wallace and wife Candace of North Hollywood, California, several cousins and nieces and nephews.   She is also preceded in death by her parents and sister Martha Lou Johnson.

She held various jobs in her lifetime, including elementary teacher, librarian, and public utility clerk. She enjoyed playing the piano for family and friends, was an accompanist for dance recitals, and played for several adult Sunday school classes. She also enjoyed playing bridge until her failing eyesight made this too difficult. She was a member of the First United Methodist Church in Benton, Arkansas and more recently First United Methodist Church in Plano, Texas.

A memorial service will be held on Friday, August 15 at 10 am at First United Methodist Church in McKinney, Texas with inurnment to follow on Saturday, August 16 at 10:30 am at Oak Grove Cemetery in Conway, Arkansas.

In lieu of flowers, memorial donations may be made to your favorite charity.

You have my deepest sympathy for your loss. I remember when your parents lived here in Benton. We all went to the same church, FUMC. They were the sweetest people.
May God bless you all.

Carol , my deepest sympathy to you, Becky and your family for the loss of your mother. I know you hold many fond memories of her and your dad. God blessed you and Becky with her for many years. May God comfort you at this time. My prayers are with you my sweet friend.