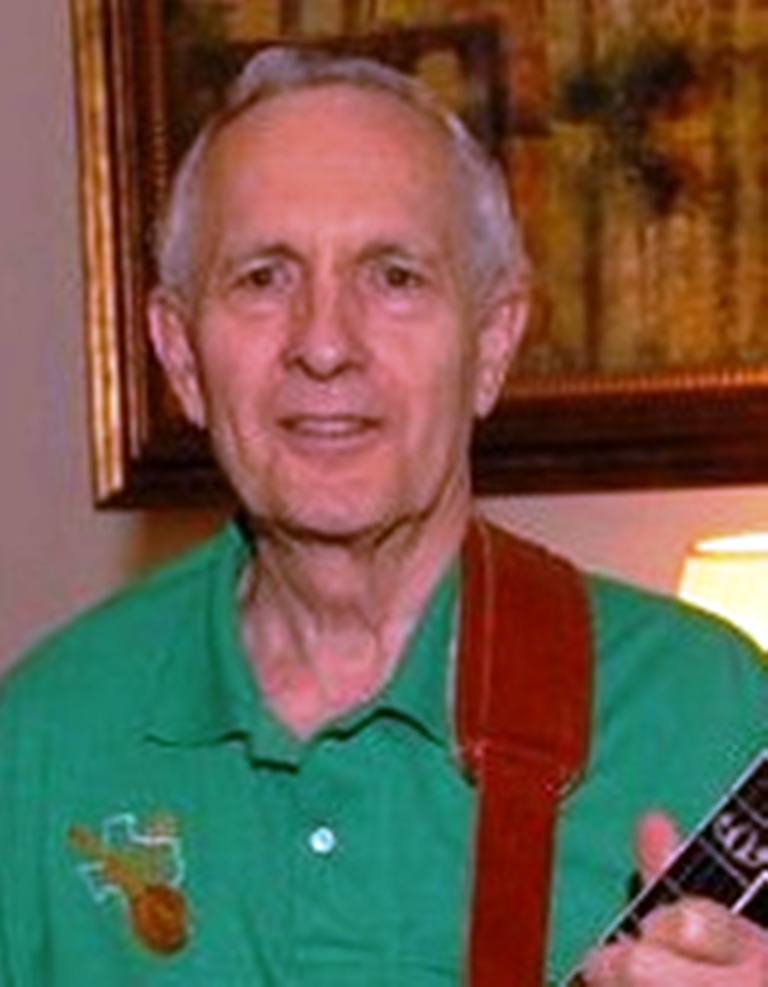 Wes Brown, age 77, passed away Thursday, March 27, 2014 ending his battle with ALS – Lou Gehrig’s disease.  He was born on February 5, 1937 in Milton, MA, and was preceded in death by his parents Russell and Elfrieda Brown, and brother, Gordon Hall.

He was married to Freda Bergamo of New Mexico from 1962 to 1979.  Wes then married his long time friend, Nell McCarty of Dallas on August 29, 1997. His passion was bluegrass music and playing the banjo.  He was a member of the Dallas Banjo Band where he was able to spend time with close friends who shared the same passion.  Wes was a fighter jet pilot in the Air National Guard and the Air Force, discharged in 1967.  After 19 years he retired from Restland Funeral Home, a Stewart Enterprises, Inc. owned Cemetery and Funeral Home, where he created electronic forms and salesforce automation tools years before these processes were main stream.  He had various other careers and hobbies throughout his life, typically focused on his interest and natural talent of creating and working with his hands.  He was a skilled wood smith, steel smith and scale model aircraft hobbyist.  Survivors include wife, Nell Brown; sons, Wayne Brown, Kevin Brown; daughters, Rowena Russell, Lynn Hillston; sisters, Shirley Beeman-Moore, Karen Pulsney; brothers, Kenneth Brown, Russell Brown; and numerous nieces, nephews, grandchildren and cousins.  All that knew him will miss him very much.

No Thoughts on Brown, Wesley Ashley