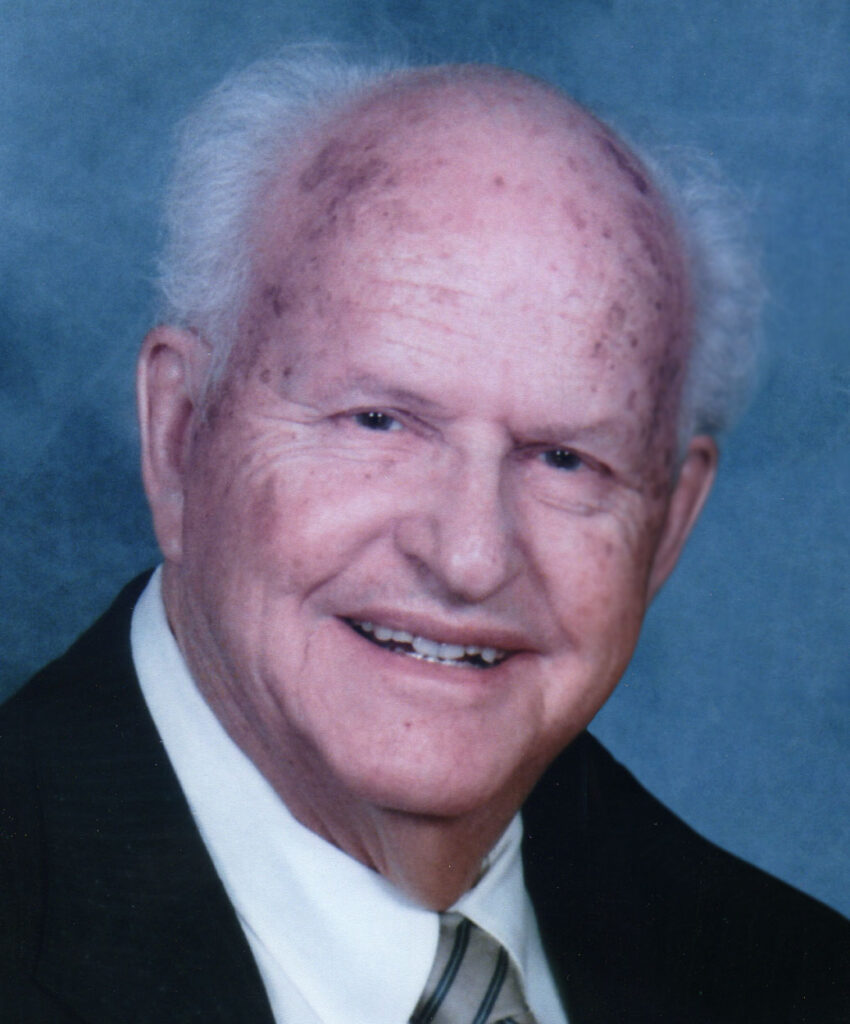 Boyd Maynard Brolliar was born in Ft. Collins, Colorado, on November 26, 1923. He was preceded in death by his parents Maynard Clair and Velma Lucille Brolliar, his first wife, Rosemary Dickey and his stepson, Bill Dougherty.

He was known as Sonny because all his life he had a “sunny” disposition and outlook on life.  Most of his childhood was spent in the the Rocky Mountain west.  In 1943, after one semester at Kansas State, he enlisted in the Navy and went to Boot Camp at Camp Ward in Farragut, Idaho.  That winter he was assigned to the U.S.N. Hospital Corps School in San Diego and was trained as a corpsman and then went to the U.S.N. Mobile Hospital Unit out of San Francisco and sent to a naval hospital in New Caledonia in the pacific.  There he cared for wounded Army and Navy personnel.  He was also put in charge of the hospital craft shop and helped shell shocked service men recover mentally and physically. After his discharge in 1946, he attended the Ringling Brothers School of Art in Sarasota, Florida, Dallas Museum of Fine Art, and Southern Methodist University.  He worked as Art Director for American Graphics and also enjoyed creating many watercolor and oil paintings, and sculpting figures which were cast in bronze.

In 1950, he married Rosemary Dickey and enjoyed twenty plus years before their divorce. They raised their three children, Michelle, Dan, and Dayna, in Dallas, Texas.

In July of 1976 he married his second wife, Bonnie.  They lived in Carrollton, Texas for 37 years.

Graveside services with military honors will be held Friday, March 28, 2014 at 9:15 am at DFW National Cemetery, 2000 Mountain Creek Parkway, Dallsa, Texas 75211.   In lieu of flowers, the family suggest memorials to the Alzheimer’s Association, www.alz.org in memory of Boyd.

One Halloween Dad went to the hardware store and came back with 3 cardboard paint buckets (similar to old Kentucky fried chicken buckets). He shaped beaks from cardboard, cut out eyes, and painted feathers on buckets and cut up sheet serapes; then decked his 3 stair step size children out in his creative costumes. He sent us clucking up to each door to trick or treat to the amusement of our neighborhood friends.

Our condolences to all the family in your loss. Sonny was always a pleasant man to be around. We have enjoyed our many shared Thanksgiving and Christmas dinners together at Tim and Roxane’s home. Tim and Roxane, you have been so caring and have taken such good care of their needs for through all the years. I’m sure Sonny and Bonnie appreciated all your efforts and love especially in the 100 degree temps this past summer. Tim, I have to really admire all the work, sweat,and love concern you have given them through the many years and Roxane for the labor of love through cooking and helping. God will well pleased with you both for that. We respect you and Roxane for all the exceptional nurturing you have shown them. God bless you both.
We love you.
Larry and Mom

Sonny was the art director for American Graphics and I was his assistant for almost 20 years. He was a very talented designer and manager. When he met Bonnie, he asked me to meet her because he had fallen in love very deeply.
I have great respect for him and know his memory will continue through his family.

Sonny was the perfect brother. Always kind and helpful. He is greatly missed.