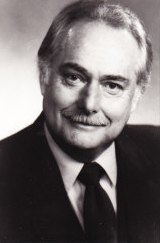 He was minister of the Altamesa Church of Christ from 1975 to 1985, where his memorial will be held.

A memorial service will be held at 2 PM, January 25th, at the Altamesa Church of Christ, 4600 Altamesa Boulevlard, Fort Worth, Texas.

Cary Branscum will conduct the service on behalf of the family.

Jimmy was my cousin and I always enjoyed being around him. He was very funny, caring and delivered the eulogy for both my parents. He was so eloquent and I will always treasure his kind, loving words. God Bless you, Jimmy. Prayers for the family. Jane Petty Jacobs

I first met Jim in 1962 when I moved to Manhatten to live and work. I attended the Manhatten Church of Christ and was appointed Minister of Music soon after moving there. I lived on the 5th floor of the church building. Jim was the associate minister and he lived next door. We were best friends from then and for many years to come. Those days and years were some of the best and most memorable of my life. In later years when I moved to Chicago, my congregation engaged Jim to be our minister. We continued our friendship for several more years. We always called each other “BROTHER”. in the most endearing way possible. When he and his family moved to Texas, his home, I never saw him again. A sad admission. I cannot think of another human being whom I admired, respected and loved more. God bless and receive you, Jim,

Jimmy was my cousin, a brilliant and talented man, and one of the best story-tellers in a family of story-tellers. His hilarious tales are still passed around in our family gatherings. He officiated at my wedding, making the day even more special. Jimmy was truly an extraordinary man who is, I am sure, entertaining those who surround him even now. Happy trails, Jimmy.

I will remember Jim for all the good things about him.

Jim Petty was a much loved Minister of the Gospel of Christ during the 11 and more years I knew him at the Manhattan Church of Christ in New York City. Jim was a very special person and friend to many. He will be missed, but gone to Glory.
Phyllis Gail Horsley
Staten Island, New York City.

Jim was, indeed, a STORY teller.

Jim was warm, witty and scholarly. He had such a fun way about him, smiling a lot and making others smile. God bless James R. Petty! Douglas Curnutte