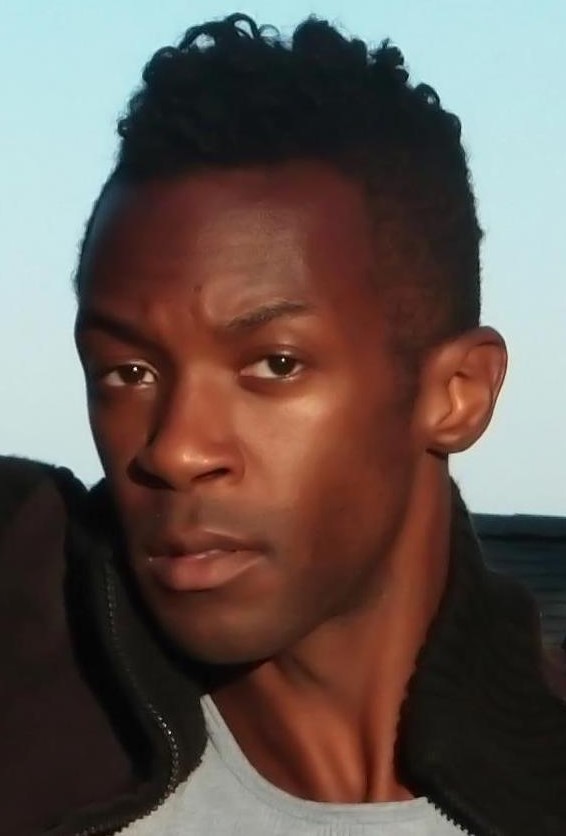 Curtiss Mervin Wesley, Junior was born October 9, 1980, in Little Rock, Arkansas to Curtiss Wesley, Senior and Charlene Edwards. Curtiss was a happy, strong-willed child, who loved playing with his siblings and caring for animals. He attended public schools in Little Rock and Sherman, Texas. At the age of 11, he accepted Christ and was baptized at The Church of Jesus Christ of Latter-Day Saints in Sherman. At a very young age, he fell in love with music and learned to play the saxophone, clarinet, and flute. He composed his own music and whistled like a bird.

Curtiss also had a strong passion for dance and gymnastics. He was self-taught until his teenaged years when he began taking lessons. He also began teaching young students at Kristina’s Studio of Dance, as well as the Gymnastics Sport Center in Sherman. During high school, Curtiss won many dance competitions, including one that awarded him with free dance lessons in New York City. Curtiss and big sister DeLibra boarded a flight to the Big Apple, and a star was born. Curtiss returned home with a new focus and passion for performing.

Curtiss graduated from Sherman High School in 1999. He received a scholarship to attend Oklahoma City University, one of the top 10 dance schools in the nation, where he pursued a bachelor’s degree in dance and entertainment. After college, he taught dance and gymnastics at various facilities across the Dallas-Fort Worth metroplex, including ASI Gymnastics. Curtiss planned to return to NYC in 2001 to audition for The Lion King, but his trip was postponed due to the 9/11 terror attacks. His mother expressed concerns about his safety in the big city, and the trip was officially cancelled. Sometime later, his mother sat him down, assured him that she would be okay if he left and told him to follow his dreams. Soon, Curtiss was on his way back to NYC.

Curtiss hit the ground running when he arrived in NYC, booking gigs left and right, including 42nd Street, which took him to Japan. His other musical theater performances include Beauty and the Beast, Hair Spray, Evita, West Side Story, Big River and The Music Man just to name a few. Curtiss also spent years working as a dancer, singer, aerialist and tumbler for Carnival Cruise Line and Royal Caribbean. His cruise ship experience took him everywhere from Haiti and the Bahamas to Italy and Egypt. His courage and determination never wavered, even in foreign surroundings. One day, Curtiss bravely jumped ship in Spain after becoming frustrated with an employer. He later booked a flight home to reunite with his family.

In 2012, Curtiss settled down in NYC and began focusing on developing young talent. He returned to teaching and helped dancers get a leg up with his $5 Dance Class in Manhattan. He traveled to Pennsylvania occasionally to pitch in at ASH Contemporary Dance Company. He also began mentoring aspiring dancers, actors and models who needed guidance in their careers. Curtiss worked behind the scenes as a choreographer for countless productions, including the Miss Texas pageant, the award-winning film The Lives of Hamilton Fish, as well as music videos and live performances. He appeared in commercials and television shows and helped with fundraising for the New York Philharmonic.

In 2013, Curtiss retired from performing and returned to the South to help his younger siblings as they stepped into adulthood. While he still taught the occasional dance class, he embarked on a new career in the restaurant and hospitality industries. He worked as a server, bartender, manager, and event coordinator for restaurants in the DFW area. When he wasn’t working, he was in his kitchen, refining his cooking skills and learning all he could about wine.

In 2015, Curtiss moved to NYC yet again, this time with little brother Shelby in tow. The pair settled down in the Bronx, and Curtiss took his new career to the next level. He managed busy restaurants in the heart of Manhattan, and in 2018, he started his own catering business. In 2019, Curtiss became a certified sommelier. His palate was so refined that he could take a sip of wine and pinpoint the region of the world from which it originated. When he wasn’t providing his guests and clients with 5-star service, he was at home writing short stories and knitting scarves for his family.

Curtiss was diagnosed with cancer in 2020, just as the COVID-19 pandemic was gripping the United States. He said a final farewell to NYC in 2021 and headed back to Texas, this time moving in with DeLibra, who oversaw his care. Curtiss stayed positive throughout his battle and never lost the charm and sense of humor that won him so many friends and fans all over the world. Curtiss died peacefully in his sleep surrounded by family on September 30, 2021.

He was preceded in death by his grandmother Inezer Wesley Sanders and his grandfather Richard Farris, Junior.

We are so sorry for your loss. We will keep you in our prayers.

DeLlibra and family- Sending condolences and much love, I am so sorry for the loss of your brother- what a beautiful soul, may you find comfort in the fond memories and knowing he is always with you. Much love- the Hyson family

Fly high Bubba. I’m so proud of you and strength you displayed throughout it all. Auntie love you more than the world could ever know. Rest in perfect peace My June Buggy Wesley!

Clarence and Yvonne Handie
10:41am

We are praying for you and your family in this time of Bereavement.

DeLibra, you and you family are in our thoughts and our prayers .

My Family, I Pray For Healing For You All.. God Has Your Back… He Will Shield And Protect You All, He Will Mold Your Hearts To Understand That Though All We See Is Grief, Our Fallen Soldier Sees Happiness. For He Is Home, Healthy, And Happy. I Love You All.

: I can’t express the sadness that junior’s earthly departure left with us! But, reflexion of his accomplishments and experiences lifts our spirits. Jr. changed and made happy lives of many. Dedicating his life to Christ at eleven let’s you know that he knew who to lean and depend on. Jesus didn’t leave him, he boarded him on Heaven’s Cruiser. A home injury prohibited my attendance at the celebration but I’ll never forget the picture he sent me last Christmas. All of Inezer’s children love of of Lillie Mae’s children.