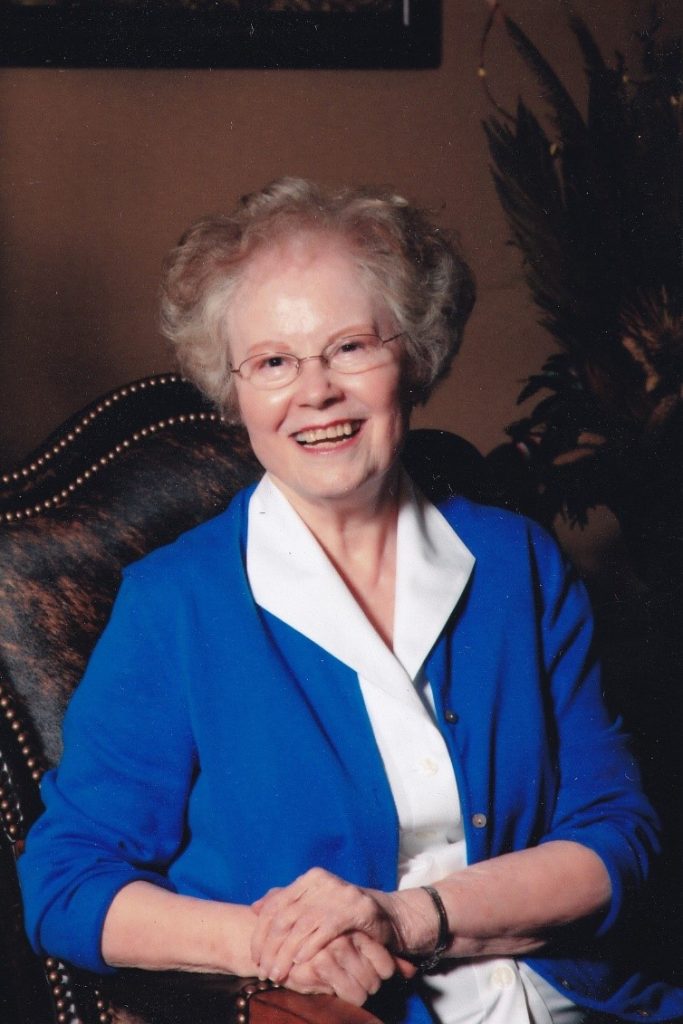 Mrs. Ava Lou James Haralson, 94, a longtime resident of Farmers Branch, passed away peacefully in her sleep on September 27.  Lou was born in Houston, but her family soon moved to Wichita Falls.  Lou was a talented seamstress and loved music, art, dance, and camping with family and friends.  She graduated from Wichita Falls High School, then started a long career during the WWII years with Western Union.  Lou enjoyed travel, and Western Union sent her to offices across the country – from Philadelphia to Los Angeles with many places in between.  After the war, Lou settled in Chicago, where she met and married Elmer Harry (Bud) Haralson, Jr.  Bud and Lou moved to Farmers Branch in 1952.  Lou returned to work as a legal secretary for the Federal Court system, first in the Probation Department, and then with the Court of Appeals for the Fifth Circuit, serving with notable judges such Barefoot Sanders, Sarah T Hughes, and Robert M. Hill.

Lou was predeceased by her husband, parents, and siblings.  She is survived by her daughters, Leslie Haralson Plumb (Arthur), and Linda Haralson Wendelken (Derek), grandchildren Travis Plumb and Melody Plumb, great-granddaughters Lilah Plumb and Scarlett Plumb, and many nieces, nephews, and friends.  She will be buried, with Bud, at the Dallas/Ft. Worth National Cemetery. At Lou’s request, no services will be held.

No Thoughts on Haralson, Ava Lou