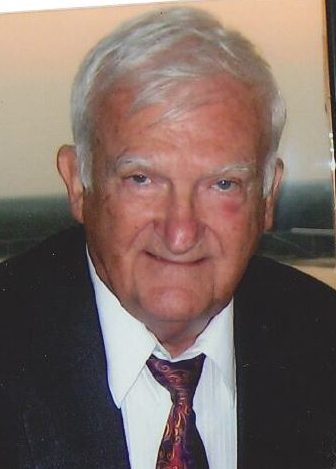 Gordon Heil Raynor PhD., 93, now with Jesus, healer, redeemer, had a wonderful life, born in Goshen NY., son of Alton and Mildred Raynor, he graduated from Bucknell University and Ohio State, meeting his lovely wife Joan during college where he performed in a Glee Club and joined T K E fraternity.

Joan has been his partner for 70 years, giving him 3 children, Stephen J. Raynor, wife Jennilyn, and son Stephen J. T. Raynor; Nancy DeDona, husband John and children Jordan married to Roni and Lesley Rae married to Xavier, and Leslie Deluccia, husband Thom, and four sons TJ (wife Tiffany), Tyler (wife Ashley), Troy (now in Heaven) and Tate; Gordon also leaves his brother Alan Raynor and spouse Mary, and his children Andrea, Keith, Dale and sister Susan R. Olsen and son Derek; Gordon’s first career was as a USAF officer in San Antonio Texas where he earned an M.S. at Trinity University, stationed across the USA, he was a commander of a missile tracking base which blew up an errant rocket heading toward Jacksonville; and during his tour at Hickam AFB Hawaii and enjoying the spirit of Aloha, Maj. Raynor developed a love for teaching college students and pursued that new career in his retirement –  from Honolulu to Kansas City to Tampa Florida – earning a Doctorate Degree and where after over 30 years of teaching Criminology, Psychology and Sociology – with the express purpose to make our society and world better for all, he again retired. Gordon grew pineapples and frangipanis and taught Stephen to appreciate gardening and Cloisonne-becoming the local expert on exotic art of Japan and China. Joan and Gordon started cruising decades ago taking along their children and grandchildren and sometimes good friends on wonderful vacations across the globe. Like his father Alton Raynor who died a week shy of 100, he outlived so many special people including Col. & Mrs. Hazel, Melba Wheeler, Col.& Mrs. Jack Allen;  Gordon leaves five lovely great grandchildren, Grant DeDona, Siena Deluccia, Lucas Deluccia, Ella Joan DeDona and Josiah Deluccia. The entire Raynor family is thankful for the tireless and continuing service of many caregivers including Christina, Laurence, Anna, Divina and Michelle. In death as a organ donor, Dr. Gordon H. Raynor reminds us to give life and love to all. Please consider on this giving day in Dallas making a gift to Kiwanis Club in his memory. Aloha Dad