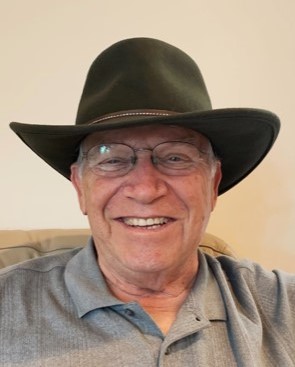 Wayne E. Davis, age 79, passed peacefully of leukemia at his home on August 1, 2021. Wayne was a devoted family man and friend to many. He accepted Christ as his Lord and Savior at a young age and lived his life as a man of faith. He was a charter member of Stonebriar Community Church in Frisco, TX where he previously served as a Sunday morning greeter.

Wayne was born on July 3, 1942, in Seagraves, TX. His early childhood years were in Denver City, TX, before moving to Lubbock. He attended and played basketball for Lubbock High School. From 1960 to 1964, Wayne earned a Bachelor of Business Administration degree from Texas Tech University and was a committed member of Phi Delta Theta fraternity.

Throughout his career, Wayne’s entrepreneurial spirit and strong sales skills served him well.   He thrived as a business owner and salesman earning many awards and recognitions. His career took him to Colorado and California, and it was here where he married Jane Edwards. Later, while living in New Mexico, he ran his own business representing Wright Line and selling computer supplies and accessories. His magnetic personality was key to his success as he developed meaningful relationships with employees and customers and held leadership roles with several professional organizations. His strong Texas roots drew him back to Dallas in 1998.

To know Wayne was to love him. He was kind, positive, outgoing, sharp witted, authentic, and adventurous. He had many lifelong friends and valued those relationships. Wayne’s greatest delight was spending time with his family, especially his grandchildren.  He was passionate about golfing, reading, barbequing, and watching Texas Tech sports. His adventurous side led him to hike the Continental Divide, raft the Grand Canyon, golf in Scotland, and spend nine weeks canoeing in Alaska.

He was preceded in death by his parents, Preston Earl and Ina Belle Davis; brother, Preston Davis; and brother-in-law, Byron Edwards (Martha).

In lieu of flowers, please consider a memorial donation to the Leukemia & Lymphoma Society.

A Celebration of Life Service will be held on Thursday, August 26th, 2021, at 4:00pm at the First United Methodist Church of Richardson with a reception to follow.

I met Wayne when my family returned to Lubbock and I entered the third grade at Roscoe Wilson Elementary. My family lived a few doors East of the Davis’s while building a house some two blocks away. We stayed in the same schools, fraternities, etc. through Texas Tech.

My condolences to Jane and the families. Wayne will, along with his brother-in-law Byron, will be missed!!

I am so sorry for the loss of your sweet husband, Jane. Prayers for you and your family. You will be with him again, my friend.

Jane, our condolences are with you! May the strength that has carried you through two loses this year, be with you now.

Very sad to hear about the passing of Wayne. He was a wonderful person and truly a man of positivity and kindness. Prayers and love sent to Jane, Beth, Christie and their families.

We feel privileged to have known you Wayne and to be a part of your family. We will miss you and your great spirit. Our deepest condolences to Jane and your beautiful family. Love, Warren & Kitty

Wayne and I met at Roscoe Wilson Elemeny school in a split class, he in the 5th grade…me in the sixth grade, We’’ve been best buddies since then. I will miss him a lot! Adios Amigo!

Wayne was a lifelong acquaintance.and friend. His quick wit, sincere humility, intelligence and Christian witness were gifts for all who knew him…

I feel lucky to have had the opportunity of getting to know Jane and Wayne over the years, and I will cherish the wonderful family memories we all have together. Thinking of you, Jane, and your ever-loving husband, who is forever in our hearts. Sending so many hugs and prayers to you and your family.

Dear Family,
Thank you all for the wonderful memories. For over 20 years we have shared the ties through Beth and Lance as you have always welcomed us joining into the extended families of Davis, Williams, and Wilson. There were many special times, family meals, and family vacations that we all shared. We are so Blessed to have known Wayne as a Christian, Husband, Father, Pops, and a Friend. He will be missed and remembered always. God’s Peace be with you all.
Russ and Nona Wilson

The family is in my prayers as their dear one is remembered with great thanksgivings.