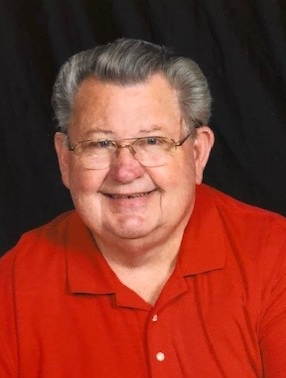 He was born to Fannie Evatt and Clem L. Connally in Fort Worth, TX. He grew up on Aster Street in the Riverside area as an active member of Oakhurst Presbyterian Church. He attended Oakhurst Elementary School and Riverside Junior High, and he was graduated from Amon Carter High School. Upon graduation, his family moved in 1957 to Little Rock.

He attended Texas Tech University and Little Rock University, later the University of Arkansas at Little Rock. He and a friend designed the official seal for Little Rock University. He supported himself with various jobs during college, but never allowed work to interfere with his social life. He was a member of Phi Alpha Beta Fraternity, later Sigma Alpha Epsilon. He spent so many hours playing bridge in the student union that he said he should have a degree in bridge.

Kirk served six years in the Arkansas National Guard, and his first full-time job was a salesman for the Frank Lyon Company in Little Rock. He was transferred to Shreveport, then joined Woolco Department Stores before being transferred to Dallas’ new Northtown Mall Woolco major appliance department. The quality of RCA products lured him to Adleta Company, where he was regional salesman, also later working as regional salesmen for Interstate Electric Company and the Thompson Company. He spent 39 great years at North Texas Area TV and Appliance Dealers working with “mom and pop” dealers. He enjoyed making a sale and many friendships, known for his firm handshake and wide grin.

In 1966, when Kirk married Clare Bearden Connally, the daughter of a Methodist minister, he decided it  best to become Methodist. He was an active member of Chapel Hill United Methodist where that ready smile and handshake served in many ways.

In retirement, he thrived through community service, including Farmers Branch City Council. His congenial nature was shared with Farmers Branch Planning and Zoning Committee, Metrocrest Family Medical Clinic Board and Farmers Branch Historical Park, often portraying one of the area’s first doctors.

Most important, though, was his family, especially his daughter Kim. Husband, father and grandfather, Kirk enjoyed taking family trips and caring for his widowed mother and her bachelor brother.

I know this is a sad time and my heart goes out to Clare, Kim, and the whole family. How fortunate to have shared a life with such a wonderful person. Much love to you.

He was a good person. We will miss his smile, his words and his warm handshake. May God bless him and his family always.

Dear Claire and Kim, Maria Elena and I send you our condolences. We are very sorry for your loss.

Dear Claire, please accept my condolences on the passing Kirk. We met at the Rec Center and found out quickly that he was a warm and giving person. God bless Kirk, you Claire and family.

From the Carter-Riverside Class of 1957 I send condolences to Kirk’s family. He was a good friend to all of us – always congenial and friendly. A happy guy. May the Lord give you comfort.