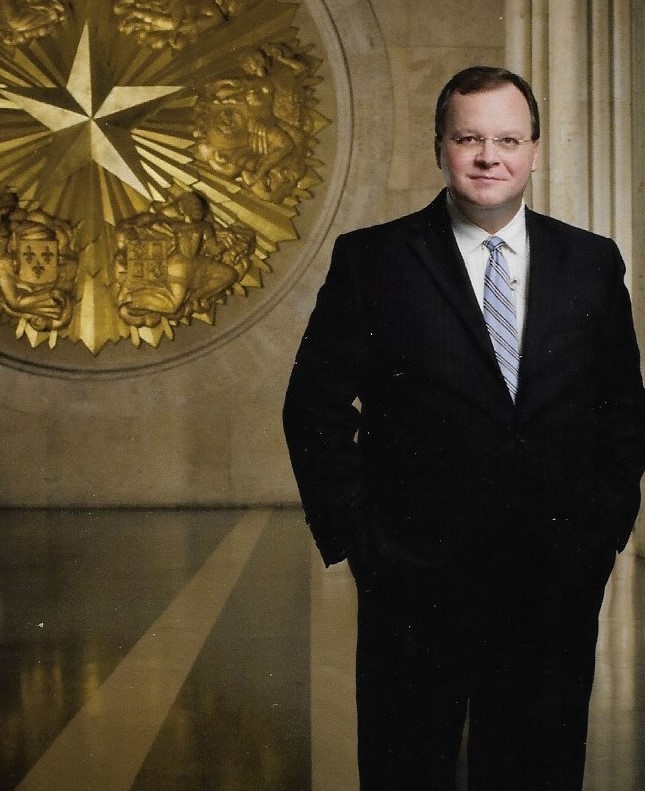 He is survived by his loving Father and Mother, Larry and Frances Tucker, and two brothers, Dr. Michael Tucker, his wife Cheryl, and Pete Tucker, his wife Robbi as well as many aunts, uncles, nieces, nephews, and cousins. He was predeceased by his brother, Scott Tucker, and survived by Scott’s wife Cathey. Wayne had the gift of encouragement and the ability to make everyone feel special with his smile and steadfast demeanor. He was always thinking of others first.  As a family member, he was constantly aware of others health and welfare and was willing to help in anyway family needed.

Wayne was a native of Dallas, Texas who was a longtime bank executive with J.P. Morgan Chase, SouthTrust Bank, Patriot Bank, F&M Bank, and Prosperity private banks in Texas.

Wayne served the Lord at Baylor University, his alma mater, as President Elect of the Baylor Line Foundation, Program Committee Chair, and was instrumental in establishing the Legacy Scholarship Program. He was a member of Baylor University’s Louise Herrington School of Nursing Board of Advocates since 2006 and served on the Going for the Gold Task Force since its beginning in 2012. He served as Chair for the Going for the Gold Gala Sponsorship Committee and was the Gala Financial Reporter.

Wayne also served his Lord and Savior through Sigma Chi International Fraternity as the 66th Grand Consul, Order of Constantine Sig and Significant Sig Wayne Tucker, Baylor 1985. Wayne served the International Fraternity selflessly throughout his 36 years as an alumnus, serving in numerous volunteer capacities including as a chapter advisor, Grand Praetor (regional governor), dean of the Praetorial College, Grand Quaestor, Grand Pro Consul and Grand Consul (international president) from 2009 to 2011. He additionally served the interfraternal world as a member of the Fraternity and Sorority Political Action Committee and as a member of the board of directors for the North American Interfraternity Conference, among other roles. Wayne will be remembered for his generosity, sense of humor and commitment to the success of the Fraternity’s undergraduate men and chapters.

Family and friends are invited to celebrate Wayne’s life on Wednesday, July 21, 2021 at 11:00 a.m. at First Baptist Church at the Fields, 1401 Carrollton Parkway, Carrollton, Texas 75010 (firstfields.org).  Family visitation will be at 10:00 a.m. at the church prior to the funeral service.  The committal service will be a private service with family only.

Friends and family who wish to give a memorial donation in lieu of flowers may send their gift to the L. Wayne Tucker Memorial Scholarship Fund, as part of the Legacy Scholarship Program at the Baylor Line Foundation. Gifts may be sent to the BLF at P.O. Box 2089, Waco, Texas, 76703, or https://baylorlinefoundation.com/giving-2/, or you may contact Kellie Jaundiego at 254-732-0393.

Meeting Wayne was like meeting a celebrity who became a friend. He was international president of Sigma Chi when I joined and we then met several years later. He always remembered me and would always talk highly of everyone around him. A true Texan, he loved BBQ and his southern roots. It is our loss and Heaven’s gain.

Wayne you will be so missed! Having read all of the tributes to you, it is obvious how many lives you touched. You packed a lot of livin’ in your years! It’s been a couple of decades now since I last saw you. My memories of you are consistent though — you were always kind, humble, quick to listen and slow to speak, and always genuine and kind. You have been consistent since we first met in elementary school — always the same Wayne in terms of your character. When most school kids can be immature, pick on one another, etc., you were always who I knew you to be as an adult — the good guy. I know Wayne is in a far better place, but also know he will be missed by so many. I love you Wayne and am blessed for having known you!

I was deeply saddened to hear of Wayne’s death. He helped organize the Sigma Chi Mother’s Club when our son was a member. What a fun organization to be a part of! Later, in 2017, Wayne came to Mt. Vernon and hosted the White Rose Ceremony upon the untimely death of our son, Cole Barker. I knew Cole was in good hands when I first met Wayne in Waco. A true prince of a man. He was amazing. I’m so happy I got to know him. Bless you dear friend.