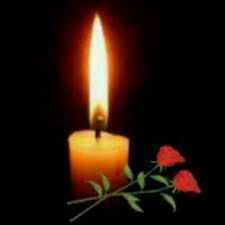 Bill’s university studies were interrupted by his service during the Korean War, stationed in Ft. Smith, AR.  Upon his return to Carterville (and SIU),  he found that “everyone had either married or moved” except for Sandra J. McNeill who had recently returned to work at Herrin (IL) Hospital upon her graduation from Cook County School of Nursing.  Thus began a marriage and love story spanning 63 years until Sandra’s unexpected death on August 6, 2020.  Those 63 years were full of laughter, bickering, entertainment, exasperation, devotion to the church and produced five children and 6 grandchildren.

Upon graduating from SIU in 1956, Bill accepted a position with US Industrial Chemical Company (USI) in their laboratory at Tuscola, IL.  Within five years, USI recognized that Bill possessed attributes which would make him a stellar salesman.  He, Sandra and two children moved near St. Louis, MO (Overland) where Bill became a “travelling” salesmen and two additional children would be born.  In 1970, Bill was promoted to District Sales Manager in Houston, TX – and the family moved again (Deer Park) where his fifth child was born.  Bill was promoted to Regional Sales Manager in 1975 and the family moved to Plano, TX.  Bill retired in 1993.

Due to graveyard shifts while he worked in the lab, and extensive travel as a salesman for over fifteen years, Bill abdicated the primary child-rearing role to his wife.  He was usually greeted after a trip by a kiss from Sandra and her declaration “they’re yours now, I’ve had enough”.  If there was disagreement over child-related rules, the five never knew as Bill and Sandra always presented a unified front.  Where their mother possessed “eyes in the back of her head”, Bill remembered and sympathized with his kids by laughing “…yeah, I tried that on your grandma – didn’t work back then, either!”.  He was a demanding chore-master (yards, autos, repairs, kitchen inspections) and early feminist (“don’t ever let yourselves be dependent on some man!”)  Regardless of avocation, Bill vowed he would “give” his kids a “union card” (Bachelors’ Degree) as a “start” – all five achieved thus.  He dearly loved his children and adored his grandchildren.  For thirty years he attended every Grandparent Day, nursery school through college graduation ceremony, dance recital, soccer, football and (especially) softball game possible.  He was known as a dependable grandchild school-day transportation service and often “grabbed” his grandkids for trips to the park.  To our dad and grandpa, we say “You Done Good!”

Bill was a member of West Plano Presbyterian Church (“WPPC”) where he served as an Elder, and member of the Property Committee for over 45 years.  He was particularly devoted to the “Food Basket Sunday” mission of the church which collected food items monthly – Bill delivered them to the Plano Food Pantry and was their advocate at WPPC.

Bill was preceded in death by his long-suffering but devoted wife, Sandra J McNeill Calvert and his parents and brothers.  He is survived by his five children, Mark (Paula) Calvert of Grand Prairie, TX, daughter Betsy Calvert-Corlew of Plano, TX, son Matthew Calvert of Dallas, daughter Cara (Chris) Anderson of Frisco, TX, and son Andrew Calvert of Plano, TX; as well as his six grandchildren, Courtney (Brandon) Lee of Grand Prairie, TX, Bailey Anderson of Frisco, TX, Herb Corlew of Conroe, TX, Maggie Corlew of Galesburg, IL, Jon Anderson of Frisco, TX and Kelly Calvert of Lynnwood, WA.  He is also survived by his brother-in-law, Charles (Mary) Choate of Springfield, IL, nine nephews and nieces and extended family who remember him fondly.

No Thoughts on Calvert, William Frank