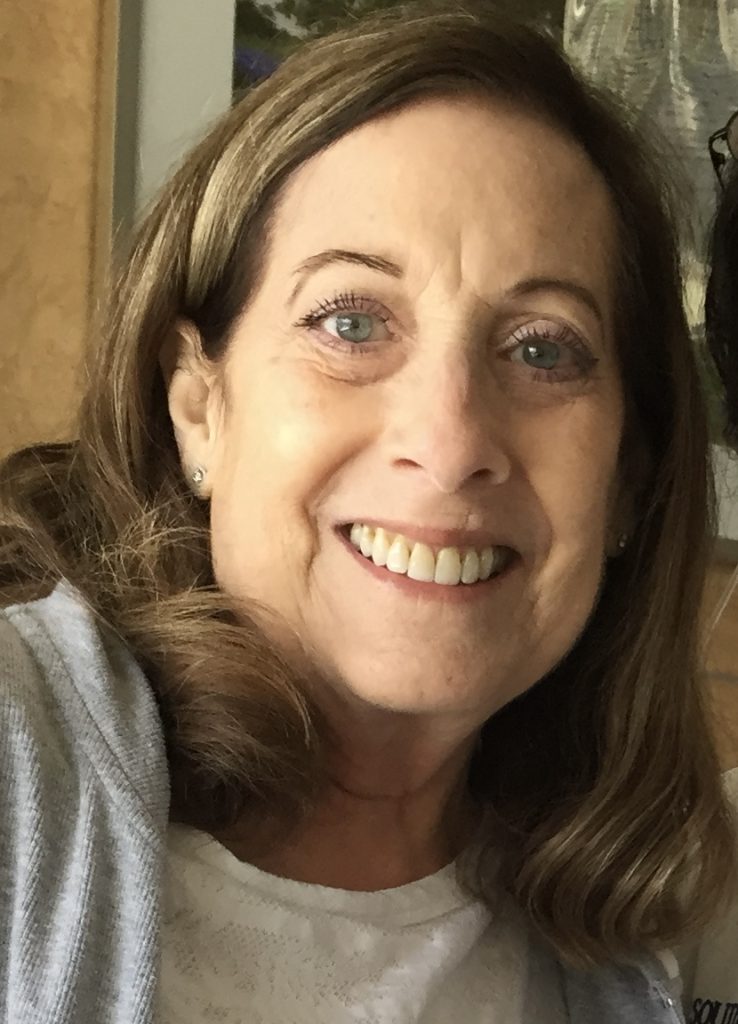 After a valiant fight with pneumonia and multiple myeloma that lasted almost 19 years, Beverly Zimmerman Salasky succumbed June 17, 2021.  A lifelong Texan, born in Dallas, Texas on May 6, 1950.  Her formative years were spent at Preston Forest with her parents, Milton and Shirley Zimmerman.  After Hillcrest High School, she headed to Austin and the University of Texas.

In 1972 Beverly accepted a teaching job in Atlanta and soon met the love of her life, Jackson, a law student from Virginia.  After a long courtship, they married in 1977 and made Dallas their home.  Their daughter Lauren came into her life in 1979.  Beverly’s close friends and family called her “The Babaleta.” The nickname was inspired by Jackson’s friend from Italy as he referred to his wife as beautiful baby doll in Italian: “The Babaleta.”  In no time did she become The Babaleta to all, including her grandsons.

Once our daughter Lauren began school, Beverly went back to teaching, first at the Temple Emanuel Pre School followed by many years at Levine Academy. Where she was named Teacher of the Year in 2009.  She retired in 2015 and began to spend more and more time with her three grandsons, Benny, Henry and Joey as they moved from Nyack, NY to San Antonio and finally St. Louis.

Beverly found out she had multiple myeloma the day after Lauren had left Dallas for graduate school in Los Angeles in 2002.  For 10 years it was not a major factor in her everyday life.  In 2015 she endured a stem cell transplant followed by years of regular chemotherapy.  It was only by virtue of the efforts of Dr. Madhuri Vusirikala (Dr. V) at UT Southwestern that she was able to lead a full and protective until the beginning of 2021.  Dr. Joel Roffman counseled and consoled Beverly and Jackson almost daily for the past year never allowing her to be anything but positive.

Beverly reveled in seeing her former students in the mall or grocery store and always attended their dance recitals and sports games.  The only thing that made her happier was cooking for her grandsons in their home or hers.

Lauren and her husband, Rabbi Jeffrey Abraham make their home in St. Louis where he is a rabbi at Congregation B’nai Amoona.

She is survived by her sister Cheryl and Paul Rodbell of Atlanta and her sister in law Marilyn and Ken Siegel of Virginia Beach.

A graveside ceremony will be held at the Shearith Israel Cemetery, 4634 Dolphin Road with Rabbi Ari Sunshine and Rabbi Jeffrey Abraham officiating Friday June 18, 2021 at 11:00 am.

Memorial contributions can be made to Levine Academy in the Early Childhood Deparment: 18011 Hillcrest Road in Dallas, Texas 75252.

Beverly was my children’s preschool teacher when we first moved to Dallas. Immediately, we could feel and see she adored children and relished helping them develop into artists, readers, ballerinas and menches. Whether running into Barbara on a supermarket aisle, seeing her at a community event, or just knowing she is still one of their first teachers, my children, my husband and I will miss her warmth and smile. May her memory, love and example be a blessing and inspiration for her loved ones.

Jackson and Beverly were the best neighbors for many years. My heart goes out to Jackson, Lauren and their entire family. Sending you love and strength! Jan Robinson

Jackson and Lauren, We are so very sorry for the loss of your beloved Beverly. Aside from being a lovely person, she was a great 4 year old teacher for Gabrielle and we all have very fond memories of Beverly. May her memory be a blessing for your family

It seems like just yesterday that Jackson and Beverly met me for lunch in the Frito-Law Tower at Exchange Park. Hmmmm…the first or second Tuesday in September, 1979. And I found the sister that I never had. My, but we had good times together, and Beverly’s harassment about my perhaps somewhat unusual habits and lifestyle was one of the highlights whenever we were together. 🙂
She will be missed by all of us. May her soul be bound up in the bonds of everlasting life. ת.נ.צ.ב.ה

Susan and Kenny Chazanoe
10:40am

Manny and I are so sorry to hear of Beverly’s passing. You all are in our thoughts and prayers during this difficult time.

Jackson, our sympathy to you and family. We remember a lovely lady with a beautiful smile.
Sherry and David Forsell

Jackson & Lauren: Please accept Sharon’s and my condolences on Beverly’s passing. She was truly a shining light to your family and generations of children who she helped grow with class & manners. We didn’t realize she was so ill, but with the pandemic much has escaped us. She is at peace and beyond pain & suffering. We are all thinking of you, Beverly and your entire family.