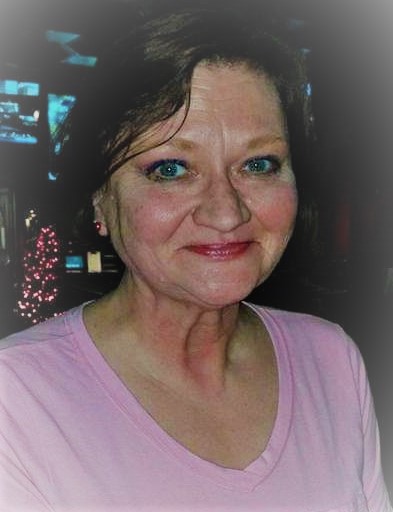 Christine Diane Holland-Aguilar was born in Apple Valley, California in 1964 and raised in New Orleans. She moved to Dallas in the mid 1980’s and married Reuben Perez Aguilar Jr. in 1986. They had two children together: Reuben Andrew Aguilar in 1987 and Amber Christine Aguilar in 1991.

She suffered a devastating loss when her daughter, Amber, died in 1996 at the age of five. The loss of a child often spells the end of many marriages but hers survived for nearly two decades until her husband passed away of a heart attack in 2012.

Over the last few years of her life, she completed her undergraduate degree, moved backed to California for two years to spend time with her mother and sister, and returned to Dallas to be close to her son and best friend, Nancy Kochek. Near the end of 2017 she found love again in her partner John Delaney who would remain with her until she passed away.

Christine was known for her goofy sense of humor, her big heart, her love for her family, and kinship with animals. Throughout her life she volunteered at the humane society, food banks, soup kitchens, church/charity events, and for startup theatre companies her son had been involved in.

She had a temper but was quick to forgive and found interest in many things: The bible, painting, reading, renaissance/medieval history, movies and tv shows ranging from the prestigious to the schmaltzy.

She died peacefully in her sleep in hospice care at Baylor Scott & White Plano in the early hours of May 14, 2021 with her son and daughter in law by her side.

She is preceded in death by her husband and daughter. She is survived by her partner John, her mother Dorothy “Dottie”, her sister, Leanne, her son, Andrew, daughter-in-law, Amber along with countless nieces, nephews, extended family and in-laws of her late husband, all of whom miss her, dearly and wish her a peaceful rest.

I remember we first met at the copier on her first day of work at the company I was working at. That evening we ran into each other walking around the park and started walking together. That was the beginning of our long friendship that included so many walks, talks, lunches, day trips, movies and a couple overnight trips. There was laughter and tears and so much we shared. Christine will be missed forever. I am so sorry she has left us far too soon.

I will miss Chris forever she was one of the sweetest people I have ever know and talk about strong wow she was also such a force.Love you Andrew if you need me call me any time.I am praying for you to get through this time in your life.

Never was fortunate enough to meet Christine in person, but she contacted me after finding us to be cousins on Ancestry. Seems meeting eluded us given the pandemic, etc., but always wanted to. We were friends on fb and texted often. Feel like I knew her. Prayers to her son & family. Appreciate the updates on her page.