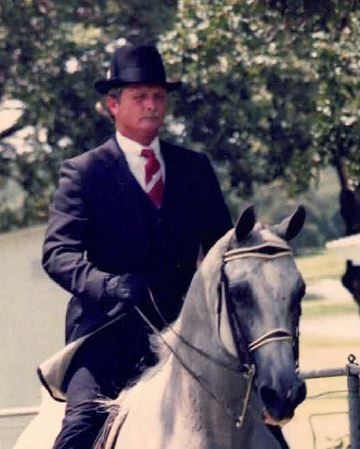 He graduated from North Dallas High School in 1964 and shortly after was drafted into the Army.  His service began 8/31/1964 thru 8/30/1970.  During his time in the military, he served in the Vietnam war and received multiple commendations.

After the military, he spent some time working as a photographer in Houston and shortly after started riding and training horses.  He spent 40+ years working with, competing with and riding Arabian Horses; in later years he dedicated all his time training horses and riders.

The family would like to recognize the many kind words and wonderful stories of how our uncle positively impacted those he trained and worked with over the years.

The family would be pleased if you could join them at 3:00 pm on May 1st for a Memorial at:

Dave was a true professional. He didnt know me but I was introduced by a friend. He spent many hours helping me to buy a new horse by looking at videos and evaluating horses. He had a vast ocean of knowledge and was generous in sharing it. I will forever be grateful to him for his help.

Dave, you will be greatly missed. Though you wouldn’t train a certain 3 year old, you did train her first Arabian stallion that bred in her a love for horses and the Arabian in particular. Thank you for everything you have done for both horses and riders.