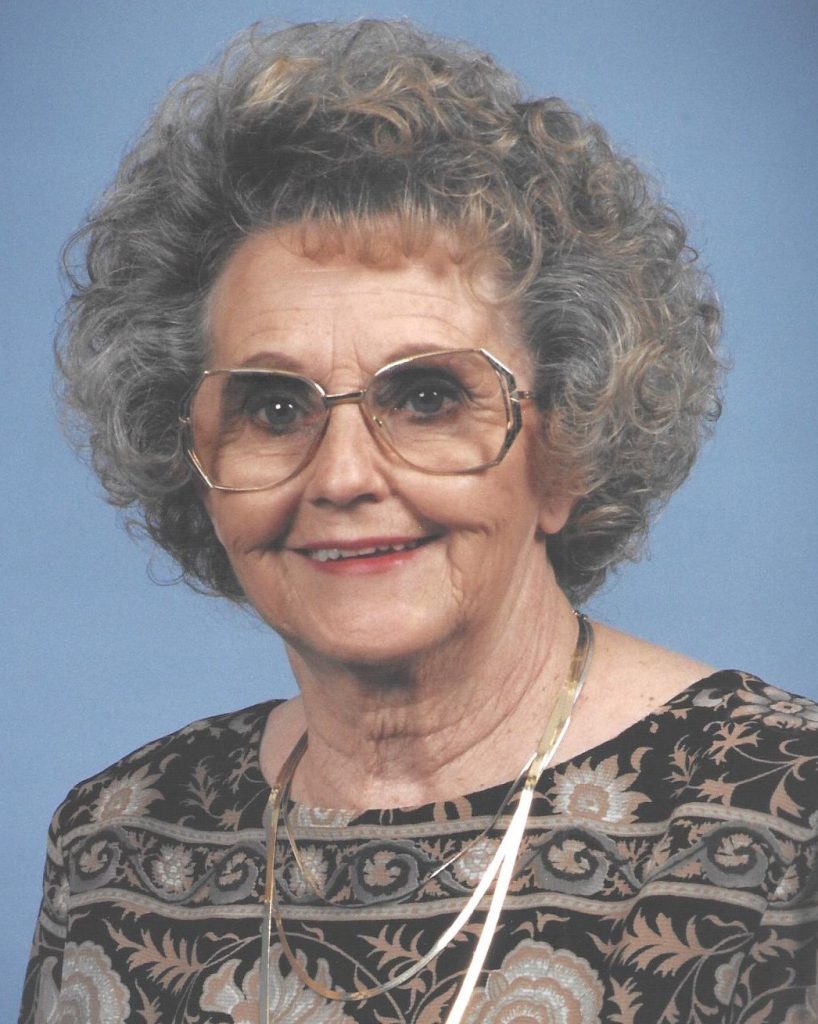 Florence Inez Nave Tucker, 95, formerly of Elizabethton, Tennessee, passed away peacefully on Friday, March 26, 2021 in Plano, Texas. She was the daughter of the late Red William and Julia Goodwin Nave and was born in Johnson County, Tennessee (old Butler). In addition to her parents, she was preceded in death by her first husband, Lucien Garrison; second husband, Richard “Fred” Tucker Sr.; five brothers, Luther, Stanford “Peg,” Carl, Robert, Red W. Jr., and Harry Nave; and one sister, Anna Lou Burleson.

Mrs. Tucker was a long-time member of Immanuel Baptist Church, where she attended since childhood and was a founding member of the church choir. In her senior years, she moved her letter of membership to First Baptist Elizabethon. She was a world traveler, a finance career woman, a sports fan, a party hostess, a theme park lover, and an athlete. Tiny but mighty, “Memaw” jitterbug danced, golfed, and cheered her Tennessee Volunteers and Elizabethton’s minor league baseball team all the way into her 90s.

A service to honor and celebrate the life of Mrs. Tucker will be held on Saturday April 3, 2021 at The North Dallas Funeral Home in Farmers Branch, Texas. In accordance with Mrs. Tucker’s wishes, final internment and a graveside service will take place in Elizabethton, Tennessee at a later date.

The family would like to express a heartfelt thank you to the staff of Prestonwood Rehabilitation and Skilled Nursing Center and Archway Hospice for their care and attention in her final days.

Those who prefer memorials in lieu of flowers may make donations to St. Jude’s Children’s Research Hospital.