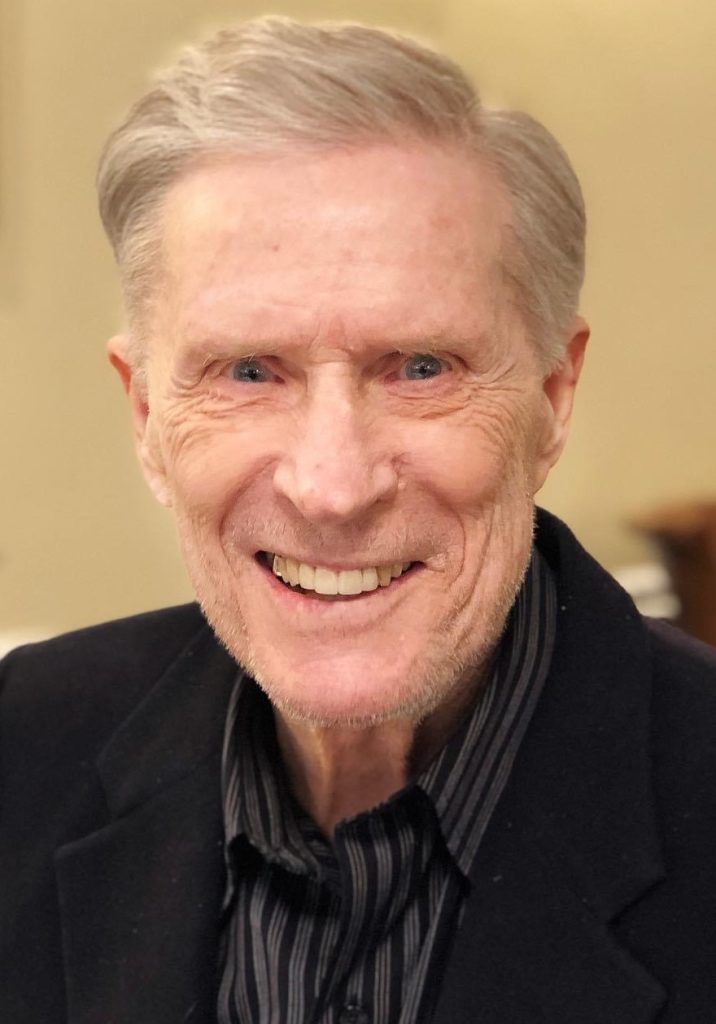 Joe was born during the Great Depression Era, in West Texas, Joe had a simple childhood and spent his time reading, dreaming of flying airplanes, and listening to country music. Joe’s family relocated to San Angelo, Texas where he attended San Angelo High School until age 16. At 16, Joe joined the war effort by enlisting in the Army Air Corps. A wily Army Air Corp recruiter said he could lie about his age, join up and play the saxophone in the Air Corp Band close to home. That wasn’t the case, and young Joe quickly found himself in Hawaii, working as a radio operator, guiding aircraft back from missions in the Pacific Theatre. In this role, Joe distinguished himself by receiving a commendation for guiding a B-17 crew, that ran out of fuel, to an open ocean landing close enough to Oahu to enable naval rescuers to recover survivors and important intel documents. Joe was most proud of this achievement, and while he never got to play the saxophone in the Army, his time in service led him to discover his lifelong musical passion – the guitar. Joe purchased a Gibson sunburst guitar from a fellow serviceman, quickly taught himself to play it and spent the rest of his life picking and singing up a storm on that very guitar.

Following his active-duty wartime service, Joe returned to Texas, attended Texas Tech University, and graduated with a Bachelor of Science in Petroleum Engineering. He moved to Midland, Texas and turned his childhood dream of flying airplanes into a reality. With pilot’s license in hand, Joe bought his first airplane and spent many years flying it around Texas and neighboring states. By 1957, Joe had purchased a new home, and met Marjorie Rice, a beautiful, registered nurse, who was living in the house across the street. It was love at first sight for Joe. Joe and Marjorie married in March 1958 and the newly married couple quickly added to their family with the birth of their two daughters, Judith Ann, and Stacy Joe.

Joe was the consummate oil man and was notably elected President of the 1980 Permian Basin Oil Show. Joe served as Vice President of exploration and development for Sun Oil/Oryx and then Holly Energy in Dallas, TX, but his favorite years in the oil business were spent at Texas Pacific Oil in Midland. Joe became one of the longest serving fully registered Professional Engineers of his day in Texas receiving a certificate from the Texas State Board for over 50 years as a registered PE.

While Joe enjoyed a very successful career, he was first and foremost a man deeply committed to his family. Joe was a proud father to his daughters, Judith Ann and Stacy Joe, and a proud grandfather to his beloved grandchildren, Bobbi Joe, and Ellery Joseph. He relished that his grandson Ellery also became an engineer and inherited his sartorial style. He loved discussing science, technology, and business with him. He was equally proud of his namesake granddaughter, Bobbi Joe, who inherited his wife Marjorie’s fashion flair, and he loved shopping with them both. He took great pride in Bobbi Joe’s entrepreneurial success and loved the frequent visits from Bobbi Joe and her husband Art.

The other love in Joe’s life, after his family, was music – all music, including opera and symphony, although he was country at heart. Joe was a talented singer and musician and could be heard playing his Gibson sunburst guitar and singing country and gospel music at every opportunity. As a devout Lutheran, Joe spent many years singing in the local church choir and playing his guitar for special occasions.

Joe was a wonderful man who touched the lives of everyone he met in a positive way and will remain in the hearts of his friends and family always.

A graveside service will be held at Cuthbert Cemetery in Cuthbert, Texas where Robert will be laid to rest on Friday, March 26, 2021 at 1:00 pm.

No Thoughts on Womack, Robert Joe