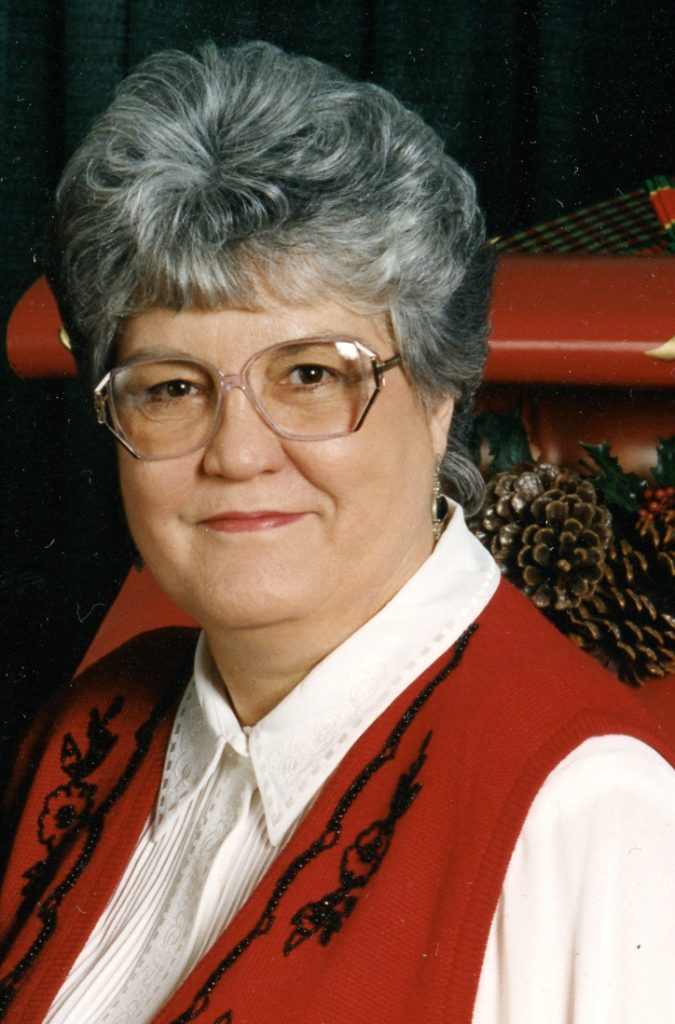 Delores Ann Hanna Curry died Monday March 22, 2021 at Avante Nursing Home.  Born December 28, 1938 in Plainview Texas, the daughter of Everett and Jean Hanna.  She graduated from Plainview High School in 1957. It is where she met and married the love of her life, Henry Robert “Bob” Curry on August 17, 1957, they were married for 56 years before his death in June of 2013.

She was very active in Farmers Branch, Chapter Order of the Eastern Star. She served as Worthy Matron twice. She also served as Treasurer for several years. She was a Past Mother Advisor of Farmers Branch Rainbow Assembly several times. She touched the lives of many young women during those years.  She worked at Peter Pan Peanut Butter Co, a Division of Swift & Company for many years in their accounting department until the company moved out of state. She retired from NEC America after several years in their accounting department.

Delores never met a stranger. She would start a conversation with anyone and usually figured out that they knew someone in common. She was a precious mother, grandmother, and friend. She will be missed by all.

She is survived by her son, Richard Curry of Farmers Branch, her daughter, Kelly Romans, and husband, Joey Romans of Novice; her grandson, Tanner Romans of Hurst; her sister, Sharon Spinks of Golden, Colorado; her nieces, Shawna, Jackie, and Laura Jean all of Colorado; and her lifelong friend, Reatha Pyatte and many sister and brothers of Eastern Star.

In lieu of flowers you may make a donation in her memory to the Eastern Star Chapter, the American Heart Association, or the American Cancer Society.

Delores was a very special Lady. Our seven years (’84-“91) working together at Peter Pan PB were great years that I will always treasure. She was so much more than a co-worker. She was my Friend. She will always be in my heart. To the Family, sincere condolences!

Delores was my neighbor for many years. She was a beautiful lady inside and out. Thoughts and prayers for her family.