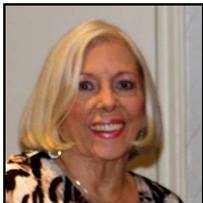 Harvelia Ann Higgins Kelley passed from this life at age 79 on Saturday, December 26, 2020.  She was born on July 30, 1941 in Manila, Arkansas.  She was the daughter of the late Mazie Shedd Robbins and Harvey Higgins. Ann was raised by Mazie and her stepfather, Paul Robbins in Manila where she attended Manila High School.  In December 1958, she married Robert Austin Kelley of Caraway, Arkansas.  They raised three children, Kelly Ann Kelley, David Paul Kelley, and Robert Allen Kelley in Dallas, Texas.  Ann was a devoted housewife and mother.  She served as a Girl Scout Brownie leader and a den mother for the Cub Scouts and was involved in PTA, ball games, and her children’s activities.  She was a devout Christian and raised her children in the Methodist Church.

Ann was a realtor for several years.  Afterward, she worked in the Title and Loan business in Dallas.  She was also a Notary Public.  In her last few years, she had a small business selling jewelry.

Ann was an excellent Bridge player and played most of her life.  She was also a terrific Backgammon and Mahjong player.  She was a Republican and loved God and her country.  She became more involved politically in her later years.  Ann also loved music, particularly Blue Grass.  She frequently attended Saturday evening Bluegrass jam sessions in Garland, Texas where she made many musician friends.

In addition to her parents, Ann was preceded in death by her sisters, Paulette Smith and Danna Glass as well as her brother-in-law, Byron Glass and nephew, Paul Jack Wagner.  She is survived by her children, Kelly (Steve), David, and Robert, and her granddaughter, Loryn Kelley, all of Dallas as well as her sister, Robin Baugher (Gary), brother-in-law, James Smith, her favorite furry companion, Mazie, and many nieces and nephews who affectionately called her Aunt Beda.

Ann was a joy to be around.  She was kind and generous to everyone.  She will be sincerely missed by all who knew and loved her.

A Celebration of Ann’s life will take place later in 2021.

If you would like to make a donation in her honor, memorials may be made to the American Heart Association or The Arthritis Foundation.

Will miss my Aunt Beda greatly. She was a precious person. God has gained another angel

I was a good friend of Kelley while living in Dallas and attending Vivian Field. I spent a lot of time at their home and I remember Kelly’s mother very well. She was always so nice. I was around when Robert Allen was born. This was a very sweet family and I always enjoyed my time at their home.