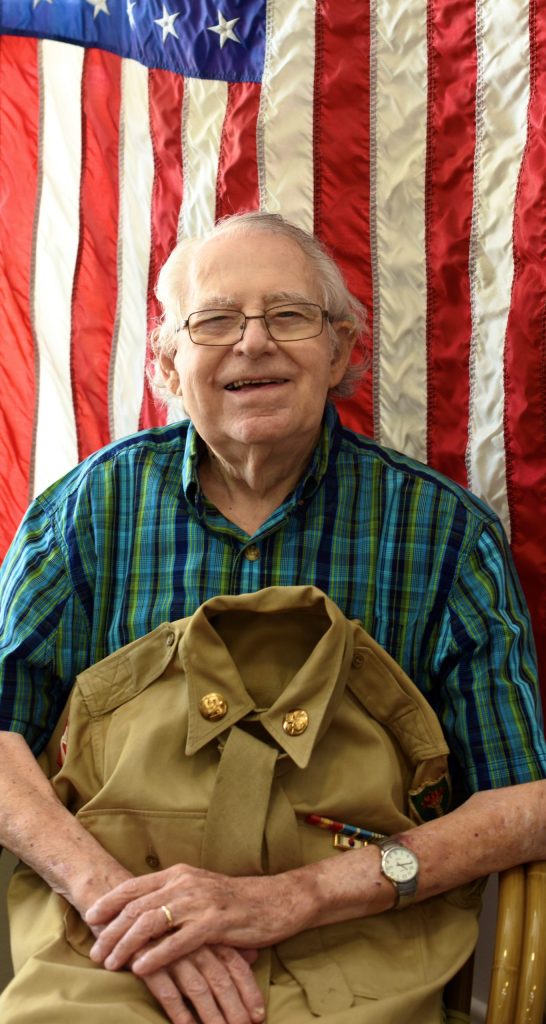 Robert (Bob) A. Sanderson, 91, passed away on January 2, 2021 in Dallas, Texas. He was the husband of Nancy F. Sanderson. They shared 63 years of marriage together.

Born in Bethlehem, PA, he was the son of Albert E. Sanderson and Dorothy J. Sanderson. He was raised in Wayland, MA. In 1952, he graduated from the Wentworth Institute in Boston, MA with a Bachelor of Science in Machine-Construction and Tool Design. Taking time off from his career, Robert served in the United States Army as a Sergeant in the Korean War. In 1956 he went on to graduate from the Rhode Island School of Design with a Bachelor of Science in Machine Design.

Since 1986, he was a member of Oak Hills Community Church in Argyle, TX. He loved working with the kids in the Awana’s Program and was an active elder for many years.

Bob had his private pilot’s license and loved flying. Building radio-controlled airplanes was a hobby he enjoyed throughout his life. He relished traveling, gardening, and taking his family skiing and camping.

In addition to his wife, he is survived by his two daughters, Brenda Burke, and Robin Barnes, and two sons, Don Sanderson and Jeff Sanderson. He also loved spending time with his four grandchildren, Kelly Canfield, James Means, Sarah Barnes, and Reid Barnes. Bob was blessed to also have four great-grandchildren; Lucas Means, Caydance Means, Embrey Means, and Zeke Canfield.

The visitation and funeral service will be held on January 15, 2021, at 8:30 a.m. at North Dallas Funeral Home. He will be buried at Dallas-Fort Worth National Cemetery.

Memorial donations in lieu of flowers may be made to the Wounded Warriors Project in honor of Robert A. Sanderson. Donations can be made at www.woundedwarriorproject.org.

5 Thoughts on Sanderson, Robert (Bob) A.

I am so sorry to hear of Bob’s passing. He is in the arms of our Heavenly Father. We can rejoice that we will see him again some day. It was an honor to know him.

WE remember Bob’s love for kids, shone in his commitment to AWANA. He demonstrated faithfulness in this life and will be blessed in the next.

Our thoughts and our prayers are with you all at this very hard time. We love you guys

Dad had a talent in solving mechanical designs in a methodical way. A veteran, proud and patriotic American.

Dad had a talent in solving mechanical designs in a methodical way. A veteran, proud and patriotic American.