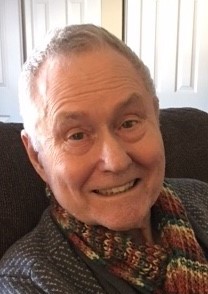 Curtis Allen Flatt of Farmers Branch, TX was born on January 9, 1938 in Waco, TX to Rouster and Fannie Allen Flatt.  Curtis bravely and with a sense of humor, endured a decade of Parkinson’s disease and vascular dementia. He passed away peacefully to his heavenly home on October 13, 2020 at the age of 82.

Curtis was a graduate of Texas A&M University and was in the United States Marine Corps Reserves.  He belonged to several professional groups, enjoyed researching genealogy, was a docent in The Farmers Branch Historical Park and was active in his sons’ youth soccer teams, both as a soccer coach and as a soccer league officer.

In 1956, Curtis met his future wife, Carol Saunders Flatt, at Waco High School and they married in 1959. They moved to the Dallas area in 1966 where they’ve made their home for 54 years and reared their three wonderful children, Lisa, Darren, and Logan.

Curtis was preceded in death by his parents and his son Darren, who died in 2016. Curtis is survived by his loving wife of 61 years, Carol; daughter Lisa Huffman (Keith) of Frisco, TX; son Logan Flatt (Iris) of Dallas, TX; daughter-in-law Christina Flatt of Carrollton, TX (Darren).  He is also survived by five grandchildren, Kristen Huffman Avans of Edmond, OK; Bradley Huffman of Frisco; Savannah Flatt of Dallas; Andrew Flatt of Carrollton; and Laili Flatt of Dallas, and by two great grandchildren, Heidi Avans and Adeline Avans of Edmond, OK.

The Flatt family would like to thank all of the Associates and Staff of Brookdale Assisted Living of Farmers Branch for the loving kindness and care they gave Curtis over the past four years.

Curtis was my first friend when I moved into my house in Farmers Branch in October, 2007. When I would be outside in my yard, he would talk to me over the back fence. He was a very kind and helpful neighbor. I inadvertently caused him to have to do a little clean up on his side yard. When I had the overgrown crape myrtles removed, they revealed a little shed he had built on the side of his house. He had to do some repairs and painting but he laughed about it saying I had exposed his unkempt workshop. He loved to watch my two little dogs play. The first time, he thought they were fighting. The little Yorkie, Benny would come running out to attack Siegfried,the little Schnauzer. Then before he knew it, Benny was on the bottom with Siggy on top. It made Curtis laugh every time. We
discovered that we had a common interest. The finding, wandering, and documenting old cemeteries. With all his many interests and services for the community performed, he really made the world a better place. Love to Carol and all his beloved family. Curtis set a good example for all and will be missed by all who were lucky enough to know him.

I worked with Curtis at Harris Corp. in the 80’s. He had green patent leather shoes! He was a kind, & funny man. Rest in peace Curtis.

Curtis cared for others and gave his time to several good causes. A true Gentleman. God Bless you and Yours.

I was looking at some old records I have and came across the name of Curtis Flatt. Just out of curiosity, I did a quick inquiry on the internet and learned of his passing. So sad. I wish I had kept in touch. I am his cousin. He and I share the same great grandfather, Leasel Flatt. Years ago in 1987 we had a serious discussion about his son’s school project – the Flatt powderhorn. The family tree that showed the path of how he obtained it is what got me to looking today. He temporarily loaned it to me at that time. We both graduated from Waco High School in 1956. I am a little late but I bid my love and farewell to you Curtis.