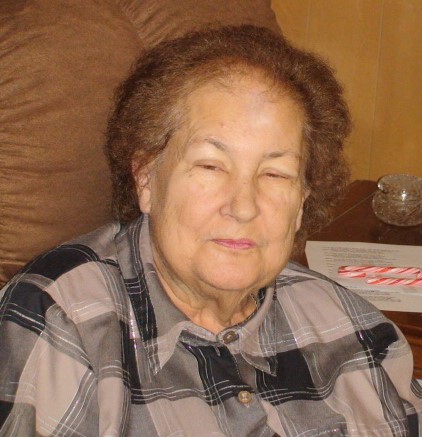 Judy Phillips passed away on Thursday, August 13, 2020 at her home in Farmers Branch, Texas.

Judy was born to Frances Hendrixson.  She lived with her grandmother Mae Hendrickson on a farm in Britton, TX until 11 when she moved to Dallas with her mother and step-father Kenneth Engstrom.  She attended Kimball HS and sang soprano in the Oak Cliff Presbyterian Church youth choir.  It was on a choir tour that she met her future husband, Jim Phillips.  She was 14; he was 16.  They dated through high school and college; they never attended the same schools.  After graduation Judy went to the University of Texas at Austin where she majored in sociology.  Judy and Jim married on June 1, 1968.  They immediately went to Austin so she could continue her education.  They spent the standard school year in Dallas where she worked at Southwestern Bell to put Jim through seminary and they went to Austin in the summers so she could finish college and Jim worked as an engineer in the Austin area.  In 1970 Judy received her diploma.  In 1971 Jim received his ThM and they left for Goldsboro, NC where Jim would teach at a Christian school.  Judy was pregnant during the move and in October gave birth to Karen.  They lived in Goldsboro for three years and returned to Dallas in 1974.  Judy was pregnant during that move also.  She gave birth to James Samuel.  Judy stayed home taking care of her family until 1976 when she went to work for the Texas Employment Commission.  She worked there until 1998, when she retired to take care of her father-in-law (he had throat cancer).  She mothered two children through childhood, teenagers, and young adults.  Judy had diabetes, renal failure, and foot wounds which eventually led to her death.

Judy’s hobby was shopping.  She would go to a store and touch everything whether she bought something or not…..usually bought.  She did take a few camping trips with the family, but instead of fishing or boating, she went to the nearest town to shop.  She also enjoyed going on trips with her husband to Hawaii and on cruises in the Gulf of Mexico.  She went with her husband on business trips to Charleston, SC., Orlando, FL., Hilton Head, NC., and especially to Chili. She spoke no Spanish, but by going to the hotel desk where they wrote down destinations on a card which she showed to the taxi driver, she went all over Santiago, Chili without incident.  Also, every street vendor knew her by name,  “Hola Senora Judy”.

But most important in her life was her faith in Christ.  She accepted Christ as her Savior at 20 years old, though she grew up in the church.  It is her faith that sustained her, especially through her medical problems in old age.  She was ready to see Jesus when He decided to take her.

He gave her 73 years with us on this earth and we will have eternity with her when it is our turn to go to heaven also.

If you are uncertain that you will go to heaven and see Judy, here is what she told everyone she met, especially her doctors and nurses the last several years.

“God loves you; He loves everyone, no matter their position in society or their race or their sins.  Jesus died for you on the cross in order to pay for your sins and give you a relationship with God Himself.  By faith in Christ, you receive His righteousness and are able to fellowship with the righteous God Almighty as an adopted son or daughter.”  She would then quote John 3:16, “For God [the creator of all] so loved [a love willing to sacrifice Himself] the world [not the planet but human kind] that He gave [as a free gift, not something to be worked for] His only begotten son [God became a human man experiencing the evil in the world] that whosoever [anyone, anywhere, anytime] believes [accepts who Jesus is and what he did] on Him [Jesus Christ] should not perish [eternal death separated from God in Hell] but have everlasting life [eternal life with God in heaven where there is no more sorrow, death, or sin].” [Brackets mine.]  She will enjoy seeing you in heaven with her in the future.

Thank you Judy for being my wife and our mother.  We love you!

We celebrate your life!  We will see you in heaven.

Judy would spend her time after Jim finished his sermon at The Bentley to minister to all she saw. Judy had to endure those large boots, and Jim taking her shopping. You shared your beautiful 50th Ann. with friends and family. Judy I am so glad your suffering is over and you are with your Lord. Rest and enjoy.

That is one of the best obituaries I’ve ever read.
For the past 30 years (or so) my family and I have vacationed for a week in July every year with Judy, Jim, Karen, and Sam at Horn Creek Christian Family Camp in Colorado.
What a wonderful family. Judy was an angel; such a sweet, loving, and gentle soul. She always sought the good in people and never spoke ill of anyone. We will miss her and her positive and fun Christian influence. We’ll see you in Heaven Judy!

My condolences to Jim and the entire family. What a wonderful lady she was and an example of true faith in following Jesus. May she Rest In Peace.