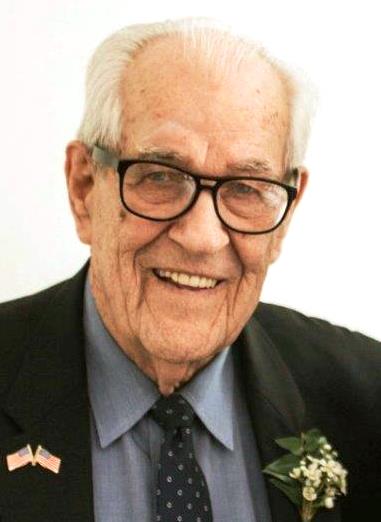 Bob attended school in Muskegon , MI and Pine Bluff, AR. He joined the U.S. Navy in April 1946 where he served aboard the USS Gardiners Bay AVP 39 as a seaman first class in the South Pacific until December 1949 at which time he was honorably discharged. He was present at an Atomic Bomb Test at Eniwetok in 1948.

After his service in the Navy, which he was so proud of, he went to work for Southwestern Bell Telephone Co on March 13, 1950 as a lineman in the Pine Bluff district. He retired on June 30, 1984 as a repairman. Bob was a lifelong Baptist and a member of Highland Baptist Church and First Baptist Church of Carrollton. Bob was a Blue Lodge Mason and served as Master of Carrollton Lodge 1400 in 1977 –1978 and Master of James A Smith Lodge 345 in 2013-2014 and 2014-2015. Bob was a District Instructor for many years and enjoyed teaching Masonary. He served as a District Deputy Grand Master in 1993 and was a member of the York Rite, Scottish Rite and Hella Shrive Temple.

Bob was a life member of the Disabled American Veterans and the Veterans of Under Age Military Service. His passions were God first and then his family and friends. He loved fishing and was a die hard fan of the Arkansas Razorbacks.

The family will be receiving visitors for a visitation and viewing on Wednesday, February 26, 2020 from 4:00 pm to 6:00 pm in the Brooks Family Chapel of the North Dallas Funeral Home, 2710 Valley View Lane, Farmers Branch, Texas 75234.

Funeral services will be on Thursday, February 27, 2020 at 2:00 pm in the Brooks Family Chapel at the North Dallas Funeral Home.

I am so sorry for your loss. Love to the family.
“Blessed are those who mourn for they will be comforted.” Matthew 5:4