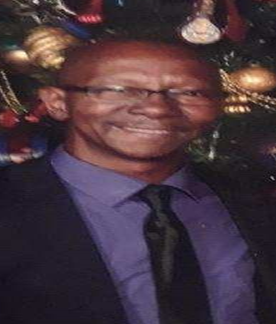 William “Terry” Washington Jr. was born November 29, 1964 to the parentage of William Terry Washington Sr. and Ruth Alma Busby (Washington) in Paris, TN.  He accepted Christ as his Lord and Savior at the age of 12.  He attended Greater Mount Zion Baptist Church.

Terry attended Dallas Independent School District and graduated in 1983 from Thomas Jefferson High School.  He worked at Scottish Rite Children’s Hospital from 1994-1995. He then transitioned to City Place from 1996-2011.  Terry began working for Culinaire International Inc. at the George Bush Presidential Museum from 2012- Present, where he found great joy working with his colleagues.

Terry enjoyed sports, music, and cooking.  He had a passion for cooking! We would often tease him by telling him to get a new hobby, because cooking wasn’t it! Terry didn’t pay us any mind, as he would whip up another dish for us to try. Terry could light up a room with his smile and sarcastic sense of humor.  He was liked and loved by many.  Terry loved to dance, and would often take center stage to show off his moves. As soon as he heard the music, his feet would just begin to move! Most of all, Terry enjoyed living life.

William Terry Washington Jr. gained his heavenly wings on October 18, 2019. He is preceded in death by his father, William T. Washington Sr. and his mother, Ruth A. Washington.

Interment will follow at Restland Memorial Park, 13005 Greenville Avenue, Dallas, Texas 75243 at 1:30 pm where William will be laid to rest.

Terry was a good man, a hard work, a fun guy to be around. He would not hesitate to give you his last. I will miss that brother, and may He rest in peace

I would like to offer the family of Terry Washington my deepest and most sincere condolences. My the soul of your love one fine eternal peace.