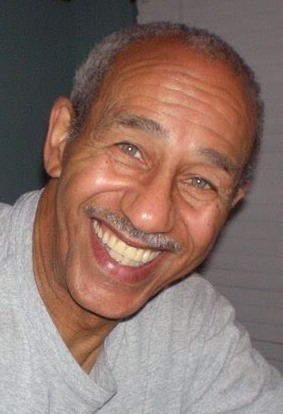 Adam attended Walter L. Cohen High School graduating May 1964.  In 1968, he obtained a Certification for Tracer Draftsman after attending Jefferson Technical Institute, Metairie, LA.  Later in 1987 he received an Associate Degree in Business Administration after graduating from Delgado Community College.

Adam was a veteran who served his country on his ship from 1962-1965 as an Electronic Technician.

Adam accepted Jesus as his personal Lord and Savior in 1982 at Faith Church, New Orleans, LA.  Shortly after, that year he was water baptized together with his wife. Adam opened his home to host a Home Care Group for over ten years, served as a Telephone Counsellor and served for a short term with the hospital ministry.

Adam had many hobbies that he loved which included fishing, bowling and dancing-his all-time favorite thing. Adam was quite the collector of antiques and other collectibles.  He enjoyed everything about that hobby– the research, the tv programs, the history and conversations about it.  He loved to drive to his vacation getaways and always wanted to take family along.  Adam was a people person.  He loved to talk and always thought he was right.  He had the most to say when it was time to say goodbye or goodnight.  You couldn’t get out the door fast with Adam. He was a giver and was always willing to help.

Condolences to the George and Morgan families. May God hive you His loving strength and Devine peace to get you through this most difficult time.

I was so sorry to hear about Adam’s death. I know he suffered for a long time. The good Lord stepped in and took him out of his misery, and brought him home. I know it is very hard for Dee, and Candace but God will give them the strength to go on. God bless and keep you Adam. RIP

Papa George, Poppie, you will be truly missed. May you
Rest In Peace. Love, Maw Maw & Sam

Jules – God bless you and your family during this time. Just remember God is still on his throne and still in Control.

I’m sooo sorry Adam didn’t get his healing on this side, but he did get his healing. And he’s now walking on the streets of Gold. Dee Dee, I can only imagine how sad it must be to say goodbye to your husband Adam of 41 years. WOW!!! And Candace and Astrid no young lady wants to say goodbye to her Dad and I’m sooo sorry that you do. Candace, you were blessed with 28 years with your Dad which is a blessing! My Dad went to be with Jesus when I was 18. I had just graduated from high school. He never got the chance to walk me down the isle for my Wedding or see any of my kids. Remember the good times you had together. Praying that the peace of God which surpasses all understanding will guard y’all hearts and minds in Christ Jesus! May the Joy of the Lord be y’all strength. Y’all are in my thoughts, on my heart and in my prayers! XOXOXO

Adam exhibited a life well lived. He touched many people in positive ways. The God of love and peace is with you. (2Cor 13:11)
Love,
Ern and Raph

Ernest and Raphael Morgan
10:36am

Adam exhibited a life well lived. He touched many people in positive ways. The God of love and peace is with the family. (2Cor 13:11)
Love,
Ern and Raph

Sterling Family from New Jersey
10:36am

We send our deepest condolences to Mrs Dillis and Candace and Husband at this difficult season. We the Sterling’s would like to say thank you for always recieving us with open arms when we come to Dallas. Adam always made us all laugh and always had the best conversations when we were in town. A piece of us is now missing and going to Dallas will never be the same but we will Cherish all the Great Memeories we had with Adam. May his peace keep you Mrs. Dillis and Candace. You are all in our prayers. Love you Dearly