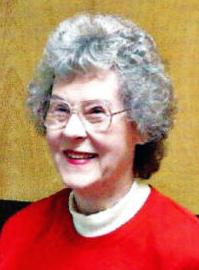 Martha “Martie” Young Embry, age 98, of McKinney, Texas passed away on May 4, 2017 at Grand Brook Memory Care of McKinney. She was born on April 9, 1919 in Atlanta, Georgia to Arthur and Mattie Hooten Young. Martie was raised in Atlanta, Georgia, the youngest of six siblings. She married John G. Embry on June 24, 1938. They later moved to Miami, Florida where they lived for 32 years. Martie was involved in church work until 1957 when she returned to school to complete her degree in Education at the University of Miami. Martie taught U.S. Government at Miami Edison High School from 1960 until her retirement in 1986. She often chaperoned Close Up student trips to Washington, D.C. and was greatly loved by her students.

Martie and John moved to Flat Rock, North Carolina in 1987 where they enjoyed retirement including entertaining guests in their home and square dancing. She and John were married 57 years at the time of his death in 1995. Martie enjoyed participating and leading in her women’s circle at Pinecrest Presbyterian Church, where she was a member. She was always very active and enjoyed a nightly dish of ice cream.

In 2013, Martie moved to Texas to be closer to her one and only beloved son, John G. Embry, Jr.

A Memorial Service will be held at 2:00 p.m. on Saturday, May 20, at Pinecrest Presbyterian Church in Flat Rock, North Carolina.

In lieu of flowers, the family asks that you consider making a donation in Martie’s name to Bonclarken Conference Center, 500 Pine Drive, Flat Rock, North Carolina, 28731.