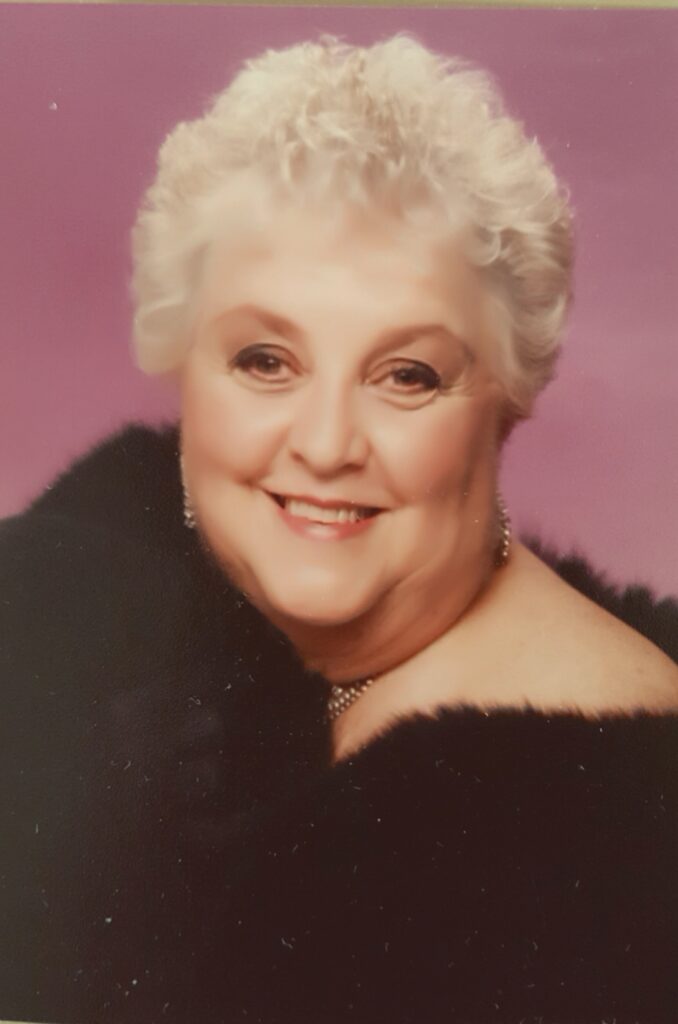 Dorothy Ann Willis of Garland, Texas peacefully passed away on Friday, December 23, 2016 at the age of 86.

Born September 13, 1930, in Louisville, Texas, to Frank and Mona Wallace. Dot as she preferred to be called, was the only surviving child to her parents. She had an older brother who did not make it past birth. Dot was determined to go to church despite her parents’ non interest, and she road the street car by herself as a teenager. It was at church that she met and fell in love with, Jesus Christ, her savior, and best friend.

It was at a high school football game that Dot would meet Kenneth Willis, the man that she would spend an era with. Ken and Dot were married for 61 amazing years and had 5 kids. Mike, Randy, Danny, Terry, and then finally the girl, Dot longed for, Gina. Dot was was a full time stay at home mom, and with five kids, it required a lot of overtime. Ken and Dot were adamant about attending church every Sunday, no matter what. They successfully instilled in their kids the importance of having a relationship with Jesus, and that being a priority in their lives.

Dot never having the chance to experience professional work, decided that she wanted to pursue a career. She obtained a job at Sears and later worked with her son, Mike, at a medical transcribing business. She could now check that off her bucket list.

When Dot had a chance to relax you would find her in the pool. She absolutely loved to be in the water; she swam all the way up in to her 80’s. She almost enjoyed the water as much as she enjoyed her dogs; they were treated as one of the family. Every single one of Dots’ dogs had a love for her that was mutual.

Ken and Dot, had a loving home, and with that, all of their kids never moved out of the area. Christmas tradition included, brunch with a fresh pork, all the kids, grandkids, and even great-grandkids. Their two-story house was at capacity with the entire family celebrating every Christmas together. Christmas at Grandmas is one of the best memories of our lives.

Ken passed away in 2008, leaving a hole in Dots heart. It would take 8 years for them to be together again. Dot battled her grief of not having Ken with a unique sense of humor. She found the idea hilarious that if she did not take her pills, she would necessarily not live as long. And since what she wanted most, at the time, was to go to heaven, the idea was sensible and a little funny to her. Dot is at home now and having a celebration up there. She longs to be with all of us again, and knows that it is Gods will for that to be so.

Dot is survived by Mike and Kathy Willis, Randy and Sherry Willis, Danny and Eve Willis, Terry and Lori Willis, and Gina Story, 14 grandkids, and 8 great-grandkids. We love you Grandma.

I am so sorry for your loss Gina! I remember most you and I taking our moms to play Bingo and we made some great memories!! You were the BEST daughter a mom could ever have!! I love you! Nanette