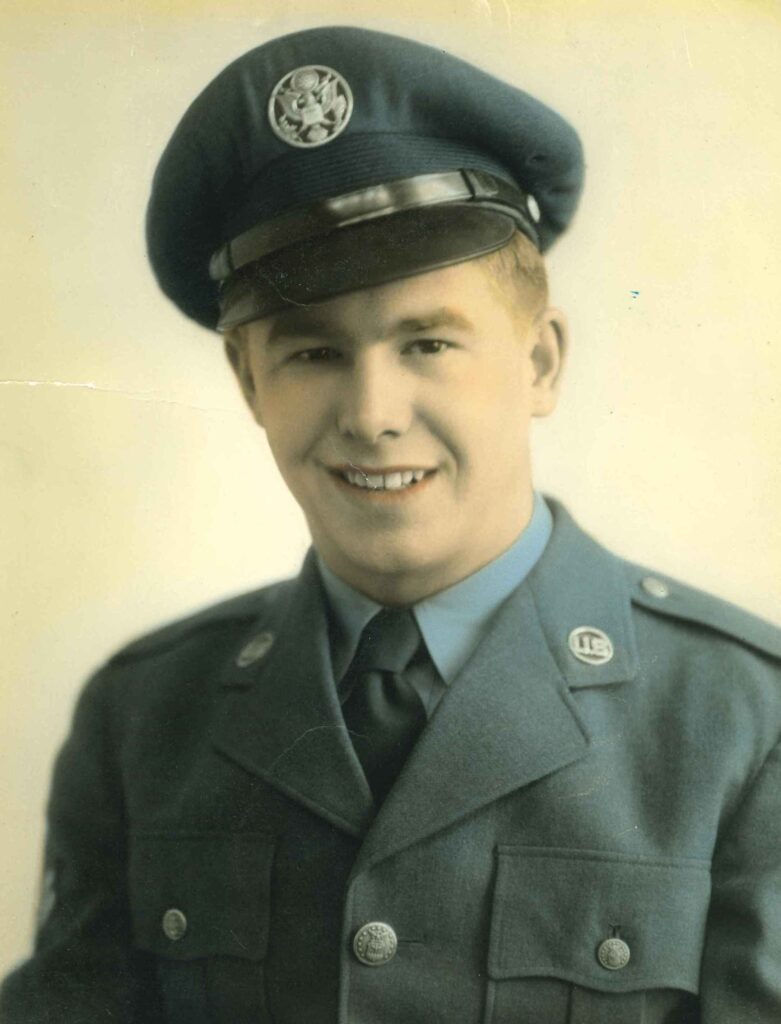 Fredrick Foster Petry, 83, of Farmers Branch, TX, passed away on April 9, 2016, peacefully in his sleep.

Fred was born in Exchange, Braxton County, West Virginia, on June 21, 1932. He graduated from Mannington High School and then immediately enlisted into the Air Force. He served his country proudly stationed in Japan as a Radio Operator during the Korean War.

Upon completion of his duties in Japan, Fred was then stationed in McAllen, TX, where he met and married the love of his life, Amelia Espinosa. They married on February 24, 1955. At the time of her passing in 2009, they were married 53 years.

Fred worked as a salesman throughout his professional career. He enjoyed playing billiards as a teenager (and had a reputation for being quite a pool shark). Later in life, he enjoyed listening to a wide variety of music, golfing, salt water fishing, hunting and cheering for the Dallas Cowboys. One of his favorite past times was listening to Big Band music while restoring Model A Fords with his close friend Forrest Garb. He was active in the Boy Scouts for many years. He donated one week of his summer vacation for many years to be a District Leader at Clements Scout Ranch and was inducted in to the Boy Scouts “Order of the Arrow”. He trekked Philmont Scout Ranch with his son Fred, Jr, and was awarded the highly prestigious Silver Beaver Award. He did this with great pride and joy. Fred put family members’ and friends’ needs before his own; he was always there to help others when asked. Fond memories of fun filled family vacations will forever be cherished by his children. Fred loved taking road trips with them. They would enjoy trips to his wife’s family in McAllen and Galveston, as well as with his family in West Virginia, Ohio and Michigan. And although he raised his family in Texas, with great love, a piece of his heart always remained in West Virginia.

Fred’s sense of humor brought joy to those around him. He was an intelligent, compassionate and gentle man. He never allowed his high moral character to waif. His strong work ethic remained with him throughout his life.

Fred is preceded in death by his wife, Amelia Espinosa Petry; his father, Paul Petry; his mother Clara Foster Petry, and his step-mother Fanny L. Petry.

Fred’s family extends their deep gratitude to the staff at Madison on Marsh who lovingly cared for him. They also extend their gratitude to Vitas Hospice Care, especially Mary Richardson.

Fred is immensely loved by his family and friends and will forever greatly be missed.

One Thought on Petry, Frederick

For our beloved “Big Fred”
You will always be in our hearts, and forever in our memories. Oir hearts will always “smile” when we think of you. You have always been one of the most loved people in our life. RIP We love you❤️